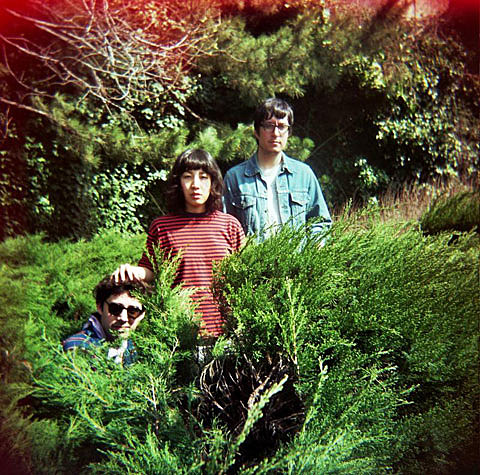 Like Xray Eyeballs before them, The Beets have signed with Sub Pop subsidary Hardly Art who will put out the band's third album, Let the Poison Out, on October 24. This is the fourth Brooklyn band the label has signed: Golden Triangle, Xray Eyeballs and La Sera are the others.

We've got the first-released song from it, the Turtles/Troggs-ish "Doing as I Do." Grab it above. It's pretty hi-fi, at least compared to the rest of the Beets releases, and the band clean up pretty nicely.

Judging from the new press photo, The Beets have a yet another new drummer. Maybe they'll keep hold of this one. The Beets also have a few dates coming up, including Saturday night (9/17) at Knitting Factory with fellow Hardly Art band Hunx & His Punx, as well as an Orta Blu fundraiser Monday night (9/19) at Skylight West Rooftop.

All dates and the album cover art and tracklist below... 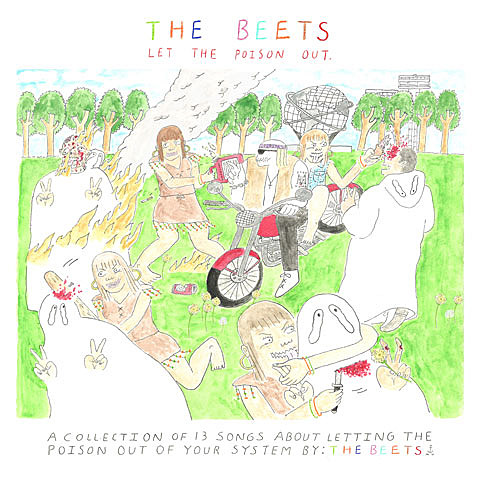 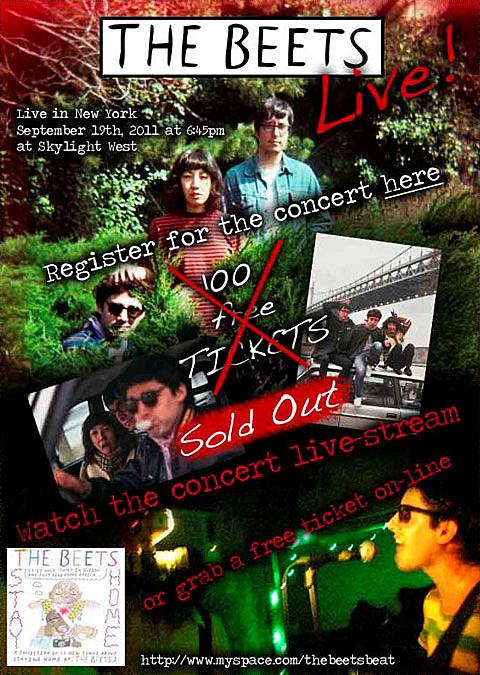