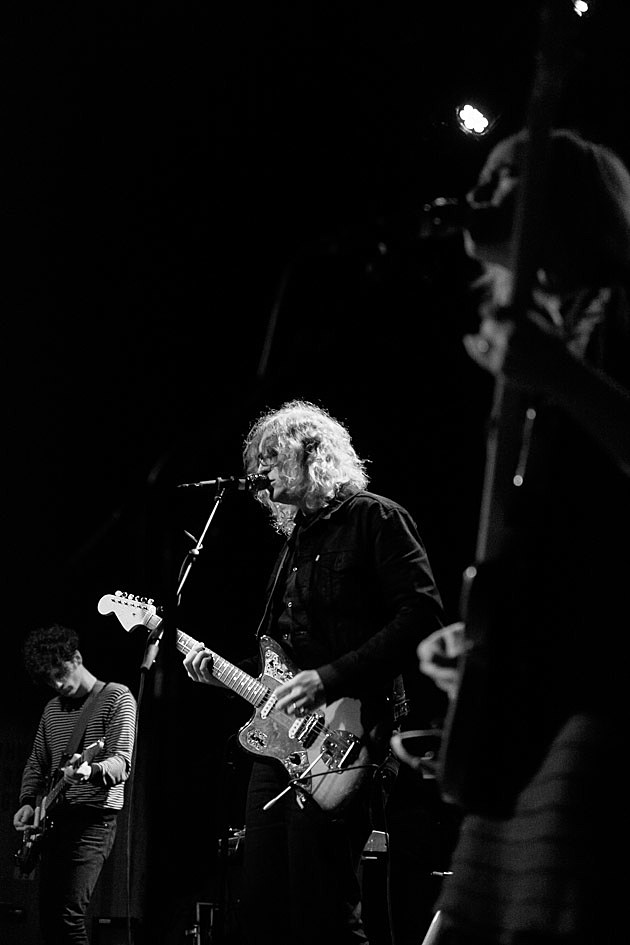 The applause was loud before The Besnard Lakes played a note, and it was coming from the stage. The Montreal band were offering up thanks to the forty or so fans who trudged through the blizzard-like conditions of Winter Storm Jonas to see their free in-store at Rough Trade on Saturday afternoon (1/23). "We were here a year ago, almost to the day. They were predicting 'snowpocalypse' then too, but it ended up being a couple inches," frontman Jace Lasek told the crowd. "But when we looked out the window this morning we were like 'oh shit.'" (They set up a cardboard Ghost cutout on the floor just in case no one showed up.) Troupers and snow experts that they are, The Besnard Lakes actually helped the Rough Trade staff shovel the sidewalk and entrance to the store.

The circumstances of the day -- this was basically the only high-profile show that actually happened on Saturday -- made for a special show. Opening with Are the Roaring Night's great "Like the Ocean, Like the Innocent," the band stuck mainly to songs from their brand new A Coliseum Complex Museum (it was the release show), hitting album highlights "Golden Lion," "Tungsten 4: A Refugee," and "The Plain Moon." The band's widescreen sound -- roaring guitars, spiraling solos, gorgeous harmonies, expert use of loud-quiet-loud dynamics -- make nearly every song seem like what another band might save for their finale. The Besnard Lakes are all peaks and crescendos, and it's a credit to their skill that it all works. It was a terrific show.

Hopefully The Besnard Lakes will announce a proper North American tour soon. More pictures from the snowy Rough Trade in-store, as well as their setlist, below...

The scene in front of @roughtradenyc right now. Shoveling "IN" Canada style.

Well, at least we've got one brave soul out to our show - it's the "snowmageddon"! 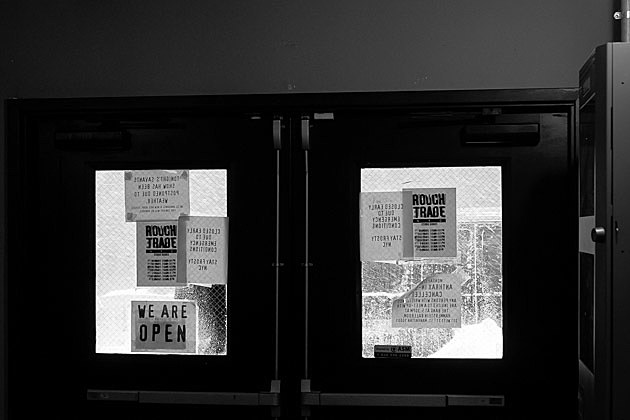 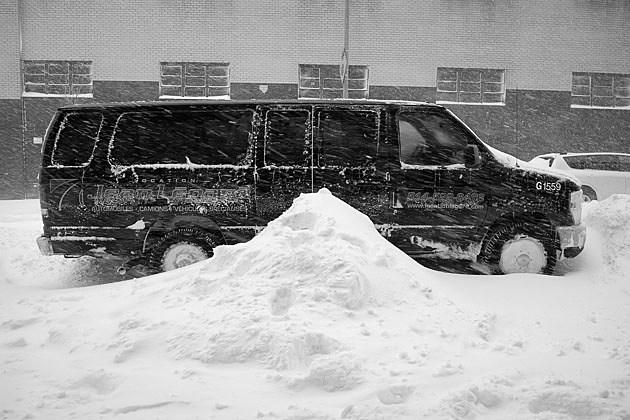 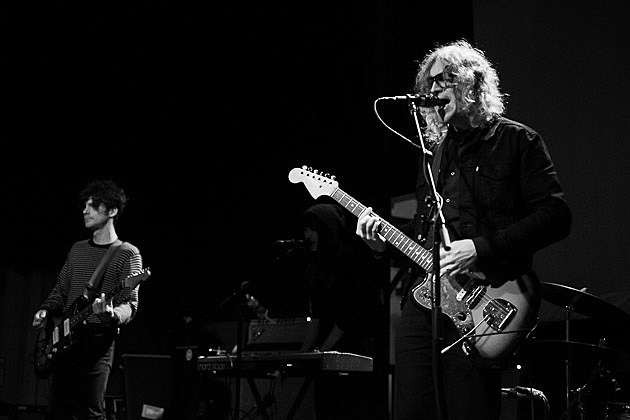 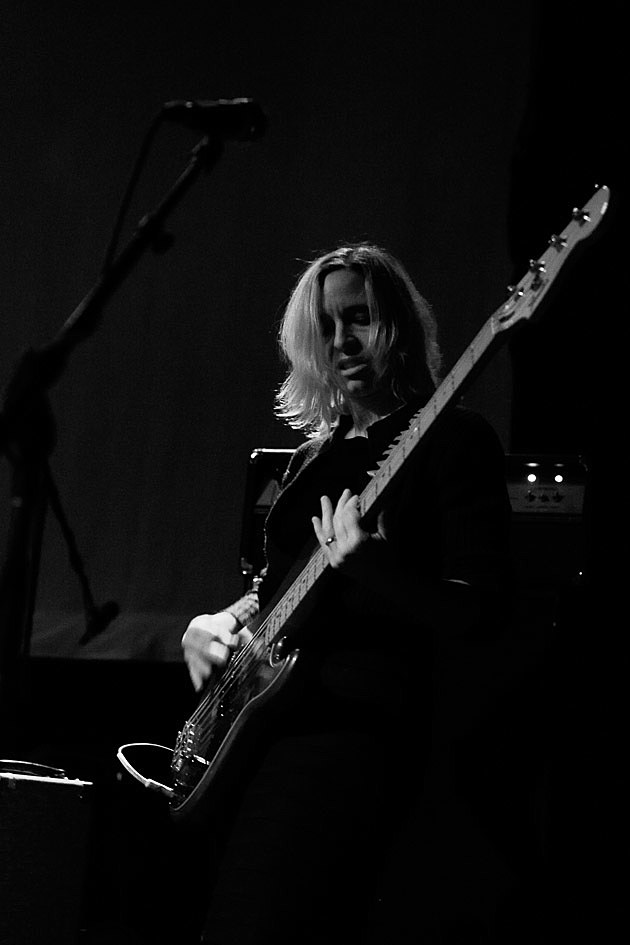 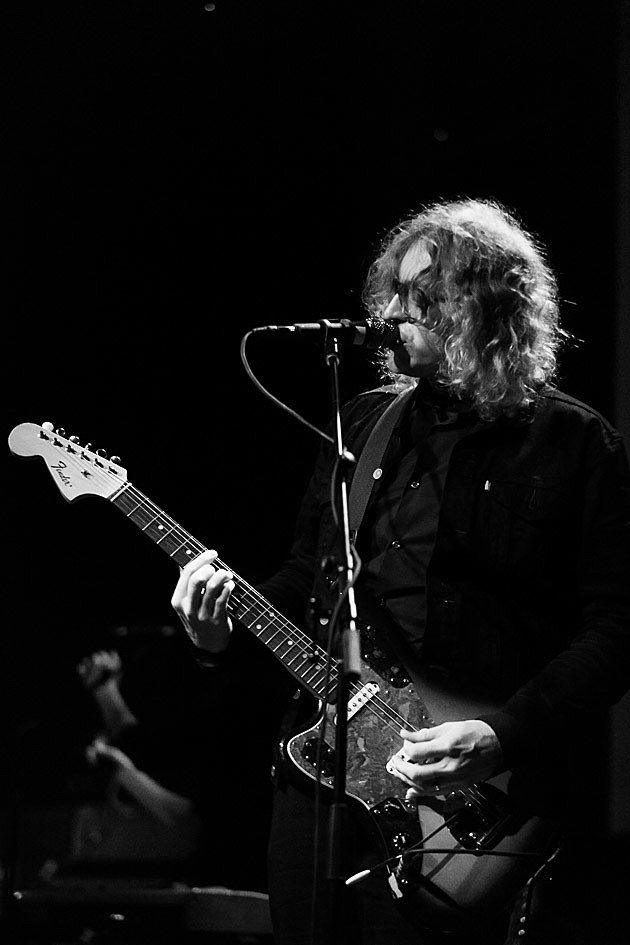 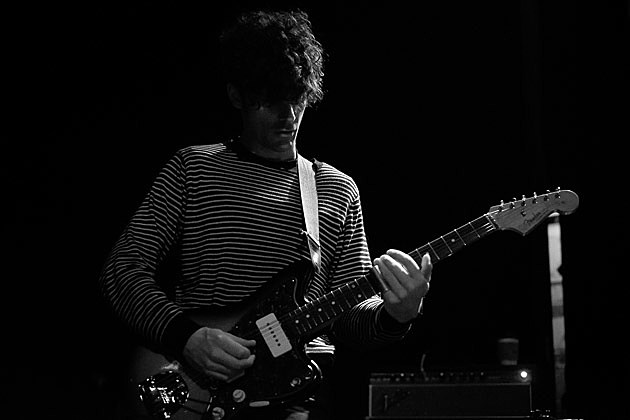 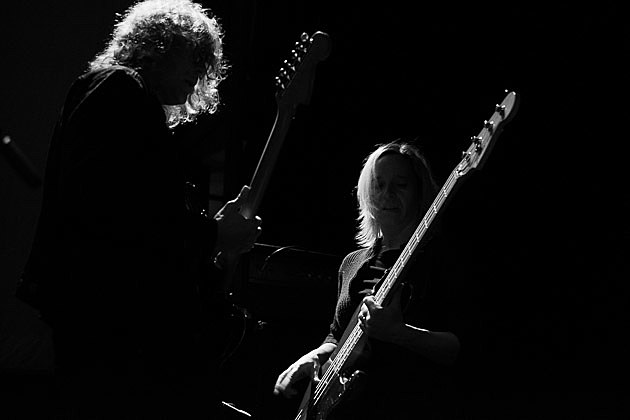 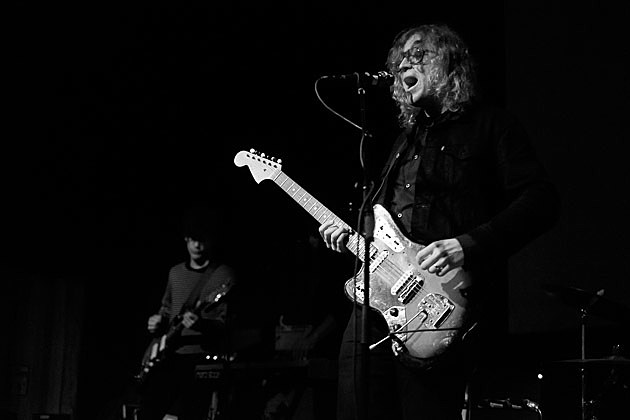 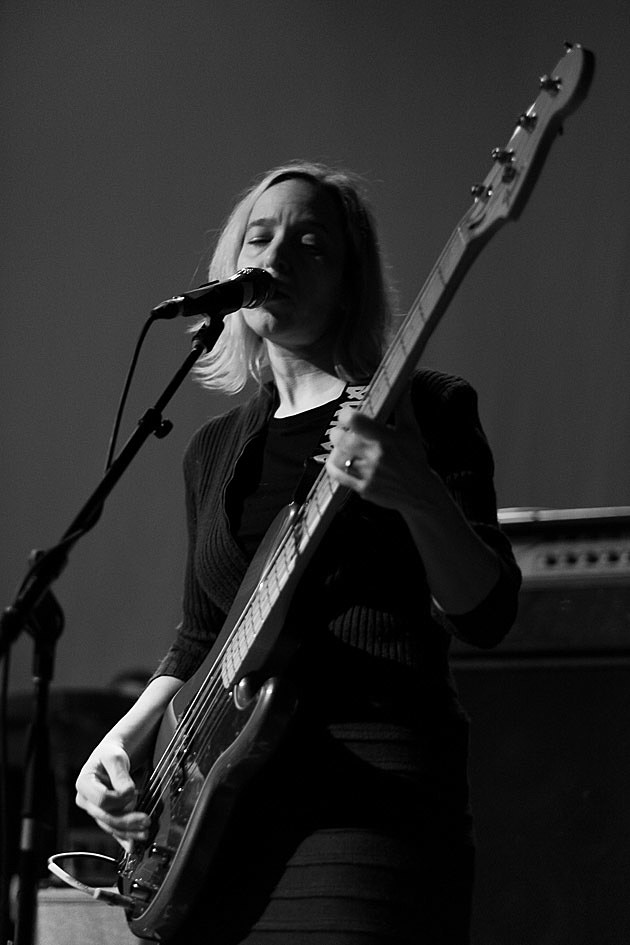 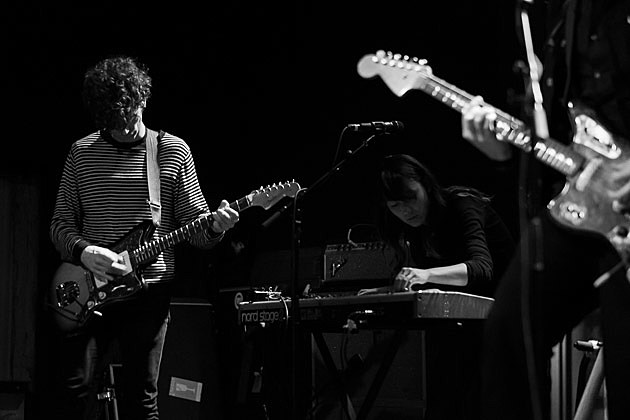 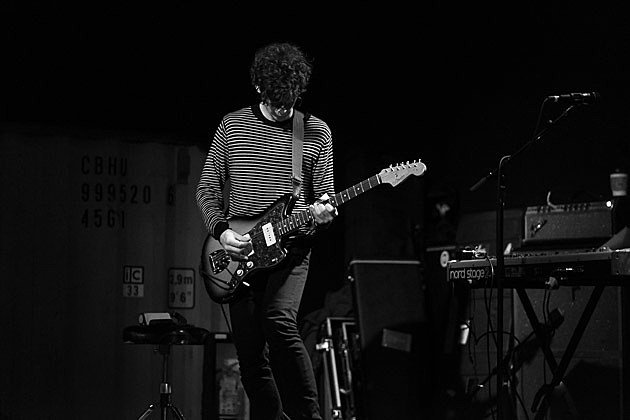 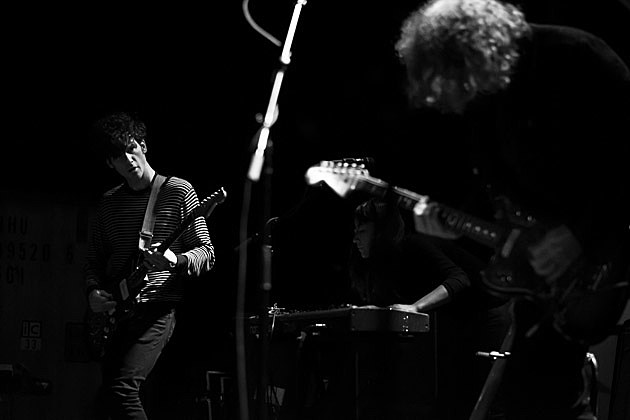 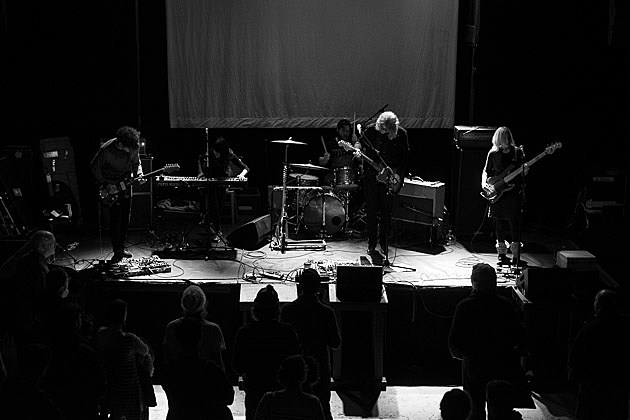 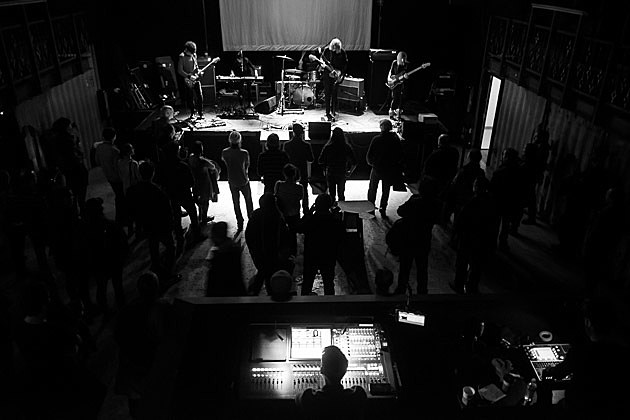 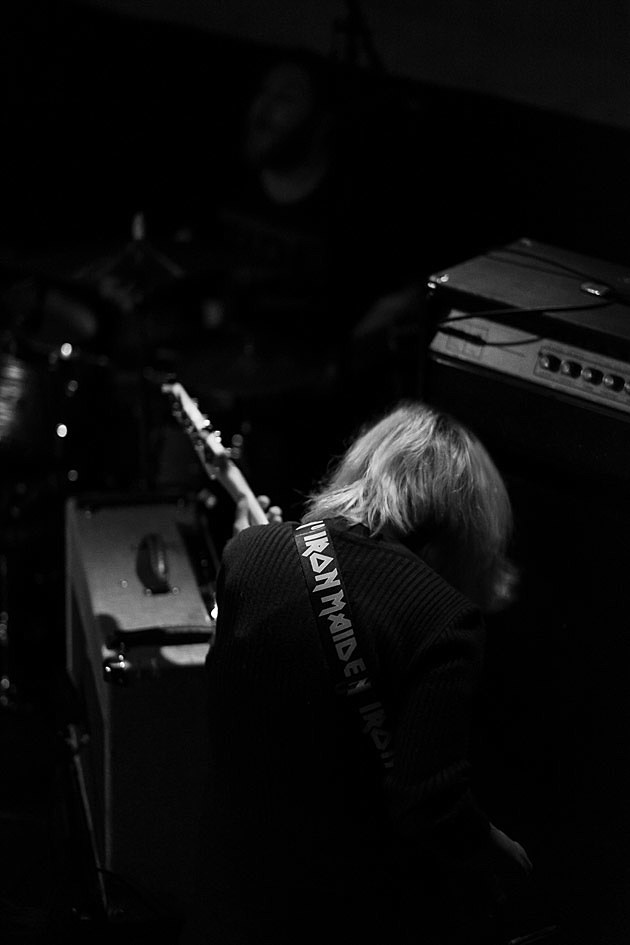 SETLIST: The Besnard Lakes @ Rough Trade 1/23/2016
Like The Ocean, Like The Innocent
Golden Lion
The Plain Moon
Nightingale
Necronomicon
Tungsten 4: The Refugee
And You Lied to Me