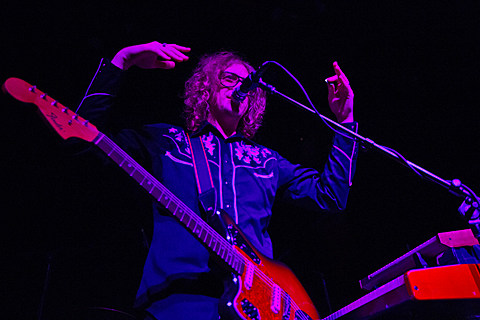 Montreal's The Besnard Lakes have been tapped to open for part of Ride's fall tour, starting with two NYC-area shows: September 22 at Irving Plaza (tickets) and September 23 at Stone Pony in Asbury Park, NJ (tickets). They will not open for Ride at the 9/21 Irving Plaza show.

Right before that, The Besnard Lakes will play their hometown during the 2015 Pop Montreal festival, and it's a very special show which is being billed as "The Besnard Lakes Are the 17-Piece Band":

One thing we've always wanted to do is to perform live for you an entirely faithful rendition of our songs as they exist on the albums. This means all the strings, horns, keys, guitars, percussion, vibraphone, backing vocals, etc. you know and love will be performed as they were recorded. Featuring friends from all over the Montreal music scene. Come freak out with us.

That sounds pretty awesome. Besnard Lakes Pop Montreal show happens September 18 at Rialto Hall, so if you're heading to the fest that's one show you won't want to miss. I should say, the current five-piece lineup of Besnard Lakes already sound pretty enormous -- their Rough Trade show back in January was fantastic.

When they played the Rough Trade show, frontman Jace Lacek said they were hoping to have something new out by the end of 2015. Stay tuned. All tour dates are listed below. 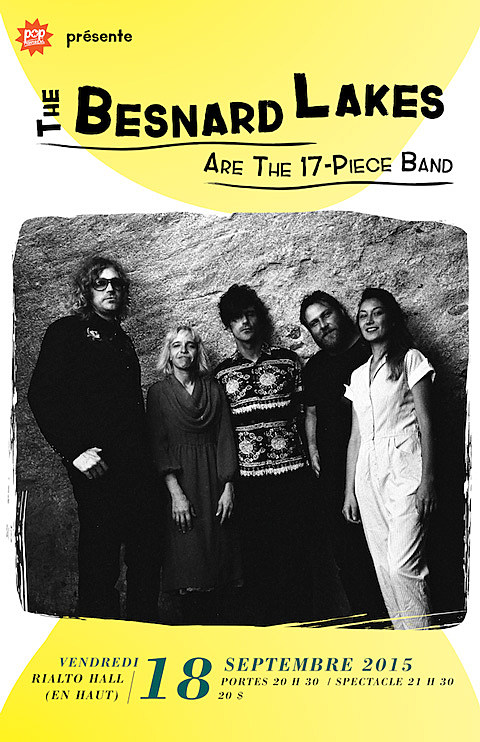