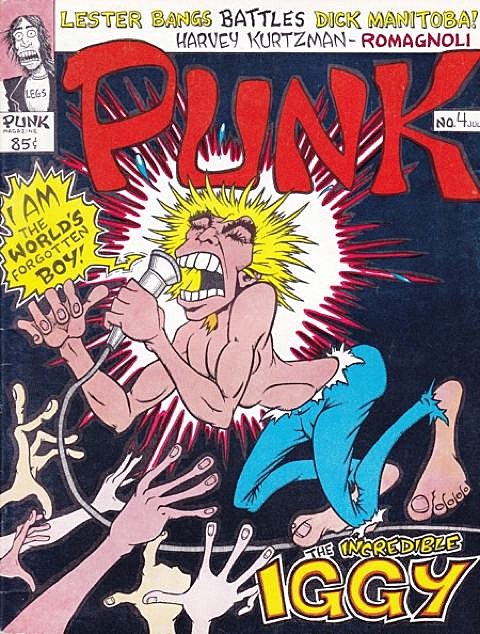 Launched in 1976, Punk magazine announced an exploding youth movement, a new direction in American counterculture. Punk was to magazines what the stage at CBGB was to music: the gritty, live-wired, throbbing center of the punk universe. Despite its low-rent origins, the magazine was an overnight success in the underground music scene, selling out every print run across the US and the UK. Every musician who appeared on the cover of Punk became an icon of the era. But Punk not only championed music, it became a launching pad for writers, artists, cartoonists, and photographers. And the wacky, sardonic, slapstick vibe of the magazine resonated with an international army of music fanatics who were ready to burn their bell bottoms and stage-dive into the punk universe.

The Best of Punk Magazine was published right before Christmas, anthologizing highlights from the rag's entire run. (You can read whole issues online.) There's a launch party for the book happening Friday (1/11) at Powerhouse Arena in DUMBO (where the Peter Hook book launch is happening later this month). The event takes place from 6 - 8 PM and will feature Punk founder John Holmstrom, "live music and special guests" though its unclear who that may be. Also, "drinks will be served." It's free.

Flyer for the The Best of Punk Magazine launch party is below. 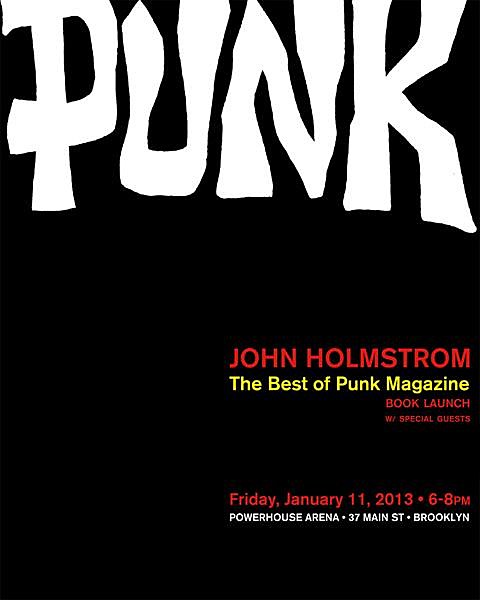