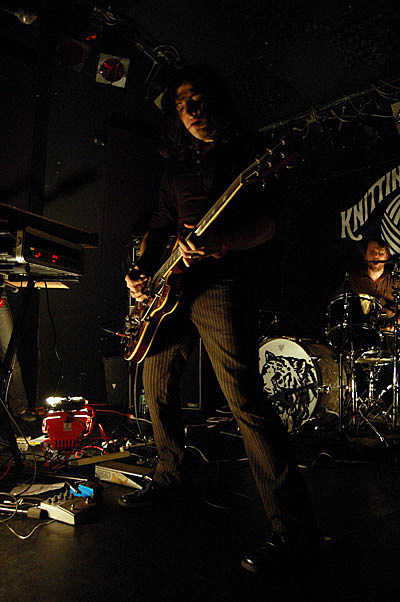 According to The Big Sleep's press page, Jay Belin once wrote, "It's difficult to remember anything more exciting than stumbling on a new band that completely blows your mind. Last October, I was fortunate enough to experience this rare occasion. As the first of four bands took the stage, we unassumingly staggered into the back room to see if they had any redeeming qualities. The next forty minutes trumped any musical discovery I've made in the last year or two. Thus began my love affair with The Big Sleep..."

That's kind of how I felt a few (mostly instrumental) songs in to The Big Sleep's (Black Sabbath meets Mazzy Star meets Mogwai?) 'psych-rock' (OhMyRockness recommended) show at the Knitting Factory in NYC Tuesday night (January 10, 2006). My initial reason for being there was the Rebecca Gates-Ida-Malkmus show happening earlier downstairs. 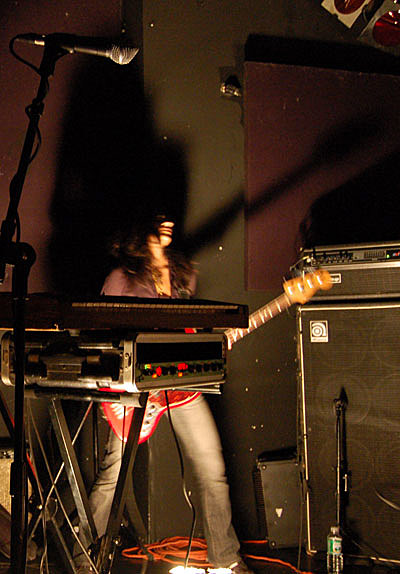 Also compared to: Spacemen 3, Verve, My Bloody Valentine, and Godspeed You Black Emperor!

more songs at their site and their MySpace 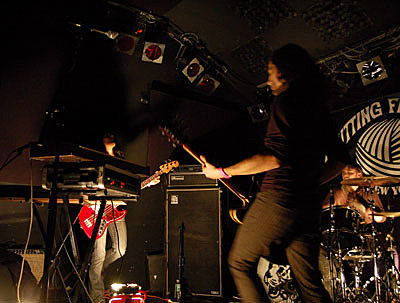 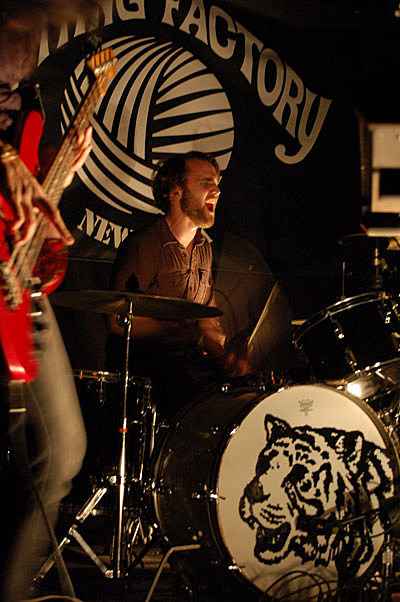 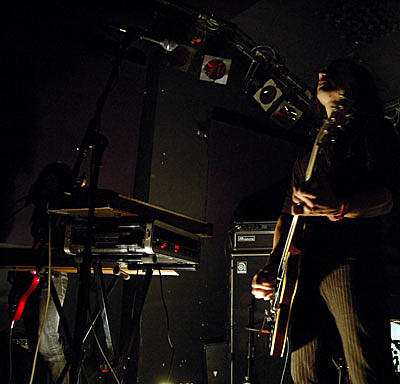 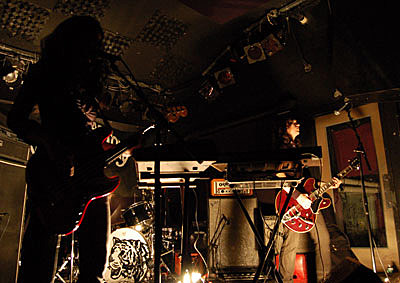 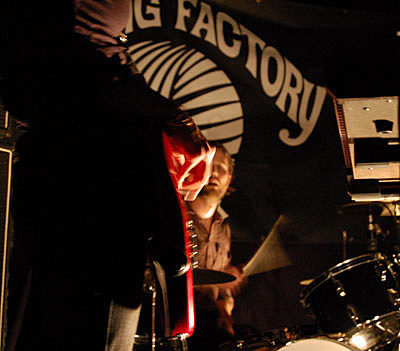 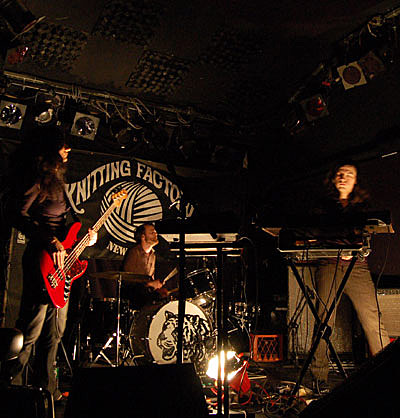 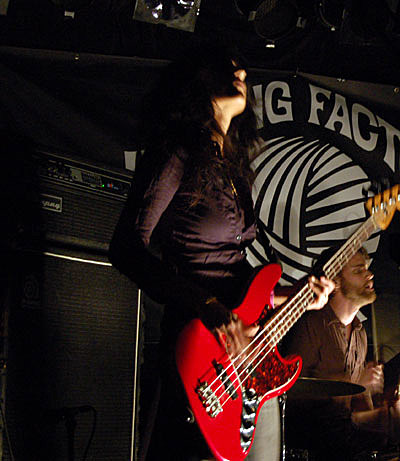 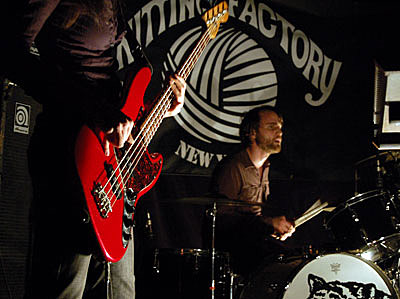 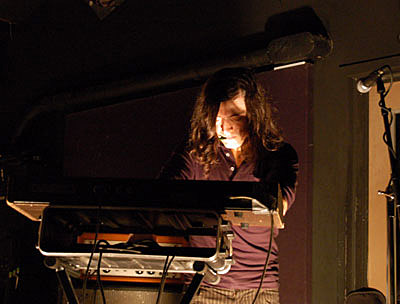 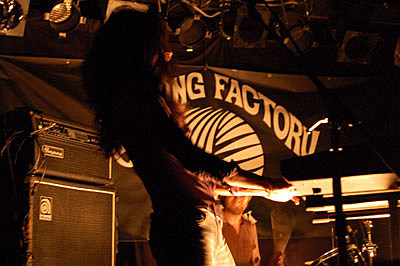 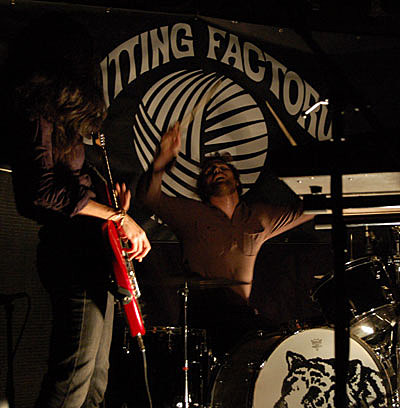 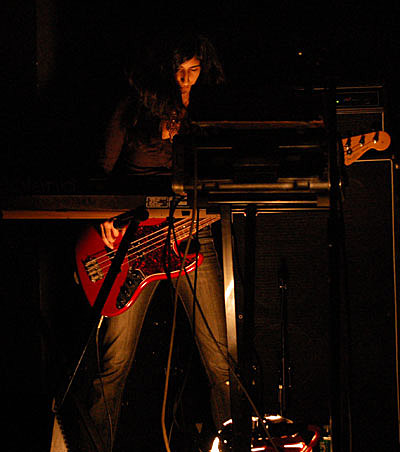