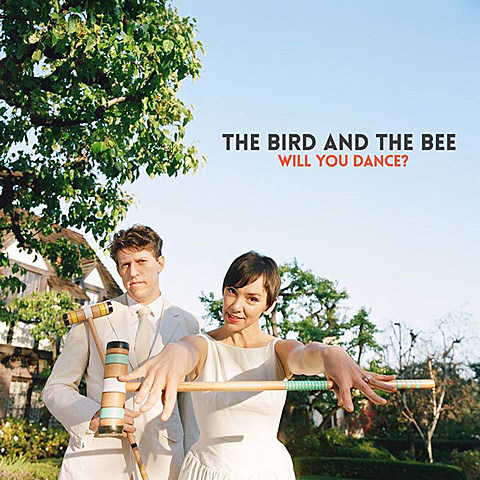 The Bird and the Bee, aka Inara George and Greg Kurstin, are back with their first album in five years, titled Recreational Love and out July 17. The first single is "Will You Dance?" and finds them going the pure pop route. Not that they were far from it before, but perhaps Kurstin's recent successes with Sia's "Chandelier" and Kelly Clarkson's "Stronger" has sent them even further in that direction. (Maybe their fizzy, loungy side will be represented in other album tracks.) The video for the song features Patton Oswalt and The Big Bang Theory's Simon Helberg and you can watch it, via Funny Or Die, below.

The band will be playing a few shows, including a record release show in NYC at Webster Hall on July 17. Tickets for that show go on sale Friday (5/8) at noon. All dates (the rest are in The Bird and The Bee's hometown of LA) are listed below...