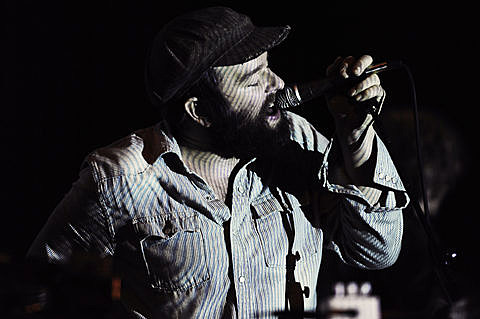 As mentioned, The Black Angels are releasing their new album, Indigo Meadow, on April 2 and going on a tour in support of it with fellow psych-rockers Elephant Stone (whose frontman, Rishi Dhir, has played sitar in Black Angels) and Allah-Las. That tour comes to NYC for the previously discussed show on April 8 at Webster Hall. Tickets for that one are still on sale, but if you'd like to catch the band in a smaller NYC location, you can also see them two days later at The Bell House (4/10). Tickets for that show are on sale now.

Elephant Stone are also prepping a new album, which comes out next week (2/5), but you can stream it in full now.

An updated list of dates and the new Black Angels single, "Don't Play with Guns," below...