The Hold Steady are on tour with Art Brut. Pitchfork spoke to both of their frontmen at the same time....

Eddie Argos: I met John at the Pitchfork festival, actually. It was weird because I'd been playing Mountain Goats constantly. And I said, "I'm so glad to meet you! I'm playing you lot constantly!" And then they said the same back to us! Like, aha! This is nice-- when you really like a band, and it turns out they like you too. You're doing the right thing.

Craig Finn: That's one of the greatest things. If someone like John Darnielle says "God, that's a great lyric," you feel, "Whoa!" That's a great compliment. Where it's not like some college journalist saying "this album rocks!", you know? It carries a lot of weight. Like, John Samson from the Weakerthans, another one of my favorite lyricists. Right now-- I mean, Bob Dylan aside-- I feel like I know most of the really good lyricists personally. Like, they're in my phone. And that's a cool perk, I think. Obviously if you're into lyrics or rock'n'roll, you're out here doing it, making it your life... [more fun @ Pitchfork]

I have a pair of tickets to give away to the NYC show at Terminal 5 on November 21st. To win, follow the same instructions (email, subject, etc...) in the other current Terminal 5 ticket contest post.

In related news, Eddie Argos has formed yet ANOTHER band.... 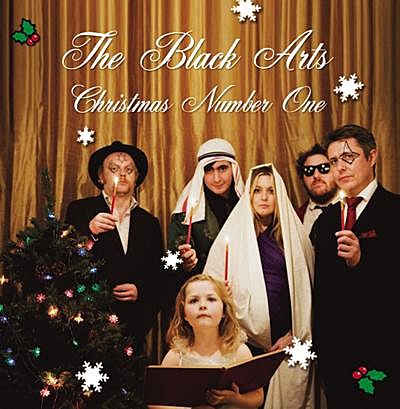 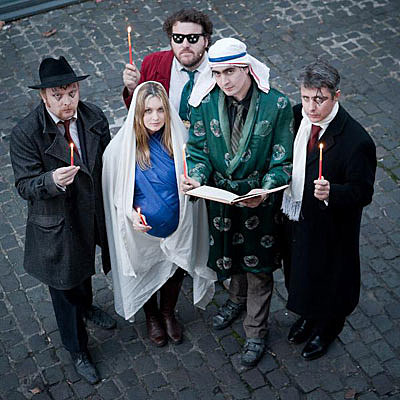 Art Brut singer Eddie Argos and Black Box Recorder put their heads together to become The Black Arts, who will release its optimistically titled "Christmas Number One" single through Fantastic Plastic Records Dec. 10. If you couldn't connect the dots, the act has its eye on landing much-coveted (at least in Britain) top single for the week of Christmas. [Aversion]

Listen to "Christmas Number One" at The Black Arts' MySpace page.

Eddie's other band the Art Goblins sort of played CMJ.