The Black Keys @ the 2009 Roots Picnic (more by Tim Griffin) 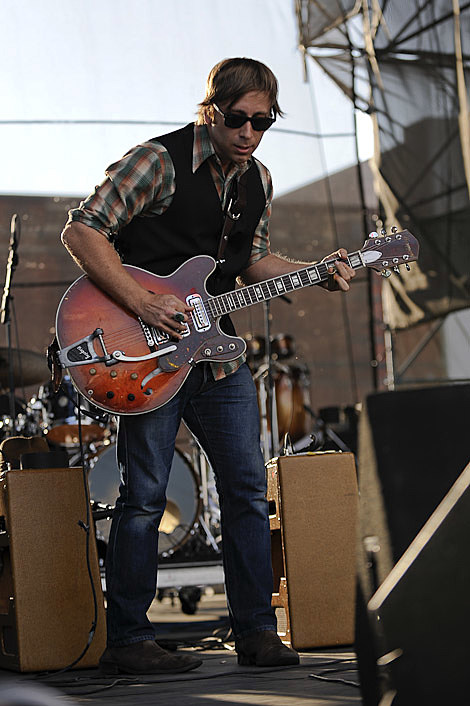 The Black Keys will embark on the first leg of their U.S. tour this March, with shows in arenas such as New York's Madison Square Garden, Boston's TD Garden, and Chicago's United Center, with special guests Arctic Monkeys opening. The shows are in support of The Black Keys' new album, El Camino, due out December 6 on Nonesuch Records. In advance of the release, five tracks from the record are currently streaming on the band's web site. El Camino is available for pre-order at www.theblackkeys.com, www.nonesuch.com, and iTunes, with an instant download of the single "Lonely Boy" included. Concert ticket and album packages are available at the band's site. Additionally, The Black Keys are teaming up with Tickets-for-Charity to offer fans access to some of the best seats in the house. Proceeds will benefit Community Support Services in Akron, OH and W.O. Smith Music School in Nashville, TN.

As previously mentioned, the band will also be in NYC this week to play a bunch of TV shows and a show at Webster Hall (which will also be streaming online). The main way to get free tickets to Webster Hall still hasn't been revealed, but you can win a pair from us. All tour dates are listed below...