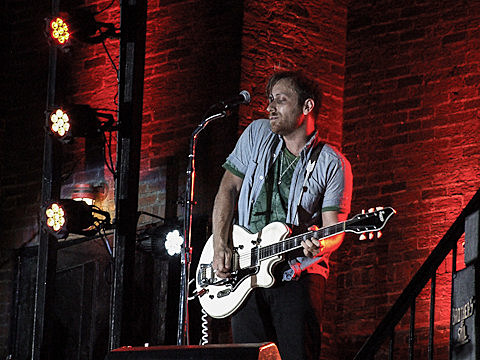 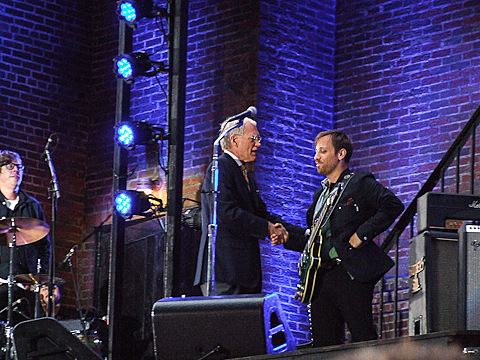 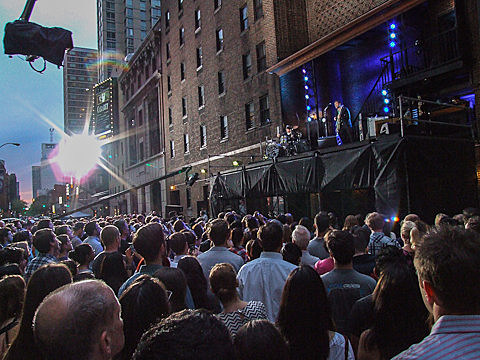 The Black Keys' new album, Turn Blue, is out today (5/13) and the band celebrated its release with an appearance on The Late Show with David Letterman. A little different than most Letterman live performances, The Black Keys played outside the Ed Sullivan Theatre, digging into "It's Up to You Now" and "Fever." The band then did a 35-minute set for the outdoor crowd as part of their "Live on Letterman" web series. Video of both the televised songs and pictures and video of the "Live on Letterman" set are in this post.

This followed another high-profile appearance for the band, having played Saturday Night Live over the weekend. The band will be back in NYC when their tour hits Brooklyn's Barclays Center on September 24 with Cage the Elephant. Tickets for that show are still available.

Video and more pics from "Live on Letterman" below...

The Black Keys - "Fever" on 'Letterman'

The Black Keys - "Fever" on 'Letterman' 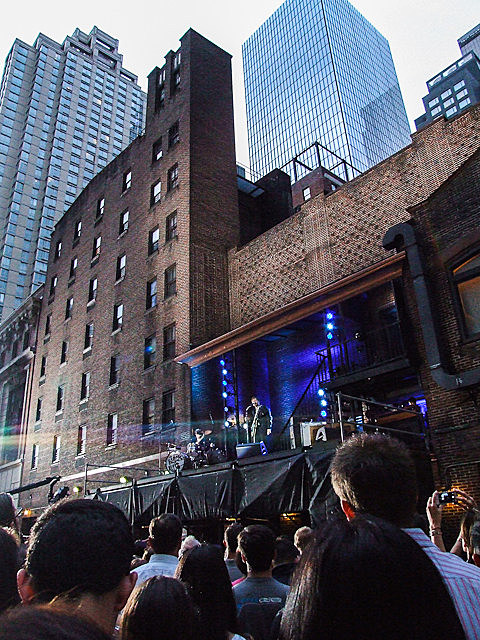 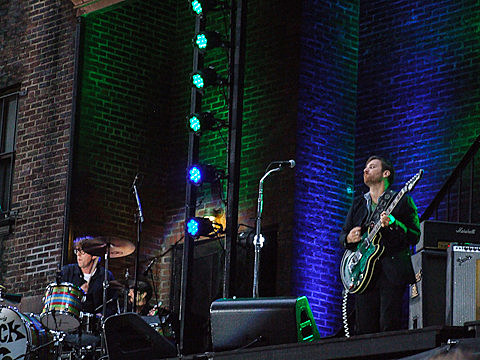 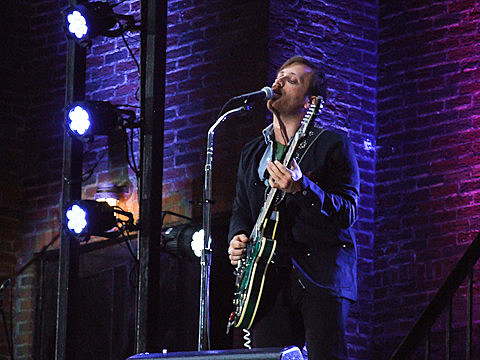 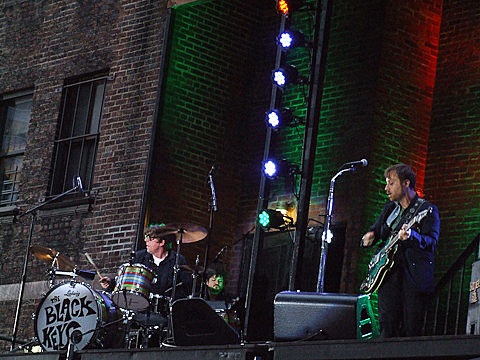 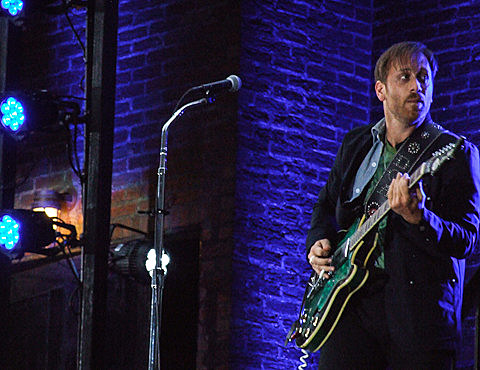 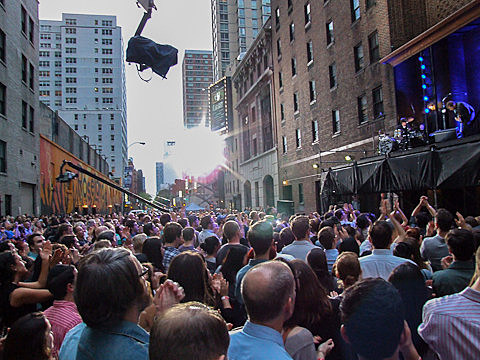 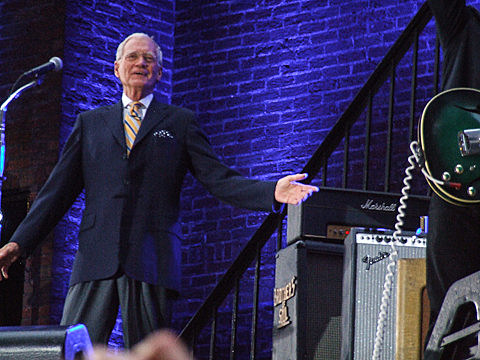 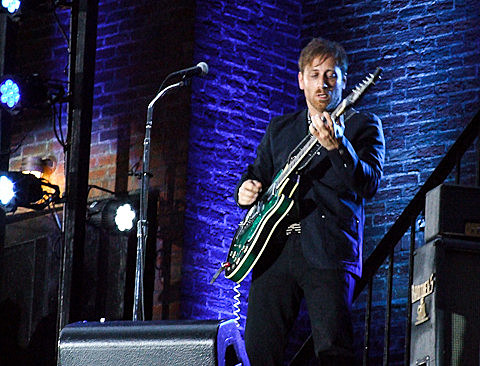 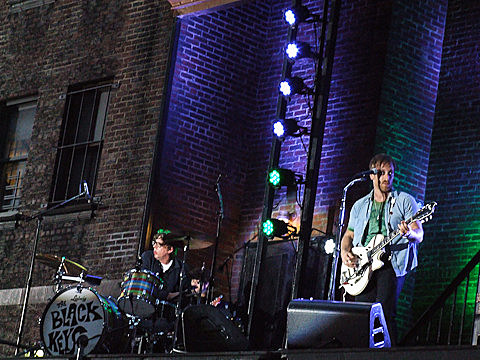 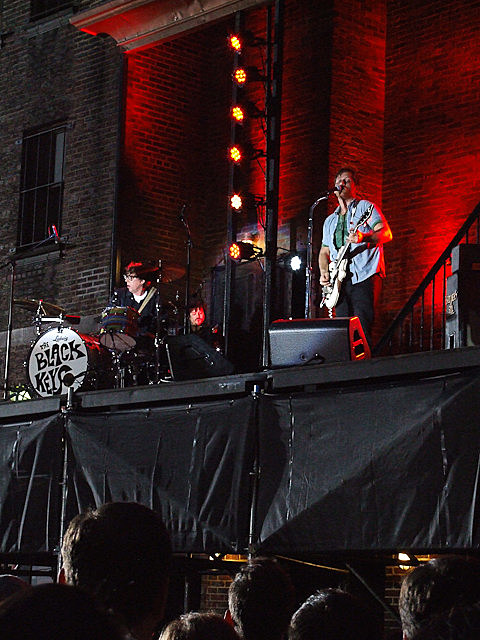 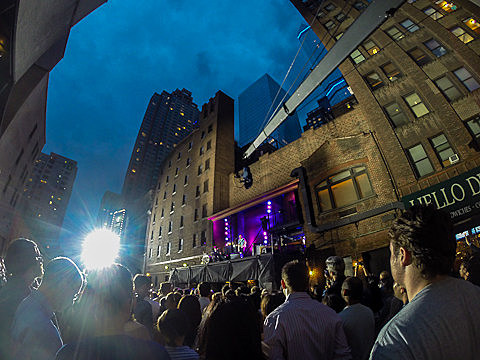