Agnostic at a packed Black N'Blue Bowl at The Well(via) 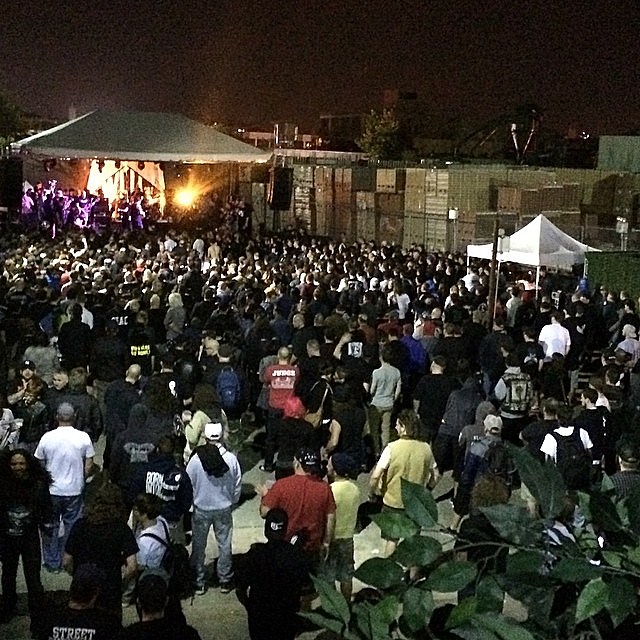 Agnostic Front, who just played the Black N' Blue Bowl with their Cause For Alarm lineup (Vinnie Stigma, Alex Kinon, Rob Kabula & Louie Beato), have added Craig Silverman as their new guitarist. Silverman has spent time in Only Living Witness, Blood for Blood, and Slapshot. (So, yes, a one-time Slapshot player is in a NYHC band. In other news, the newlyweds next door are a cat and dog.) Agnostic Front posted the following to their Facebook:

Agnostic Front would like to welcome Craig Silverman, our new guitar player to the family. He is no stranger to the hardcore scene. A true veteran, Craig has played for Only Living Witness, Blood For Blood, Ramallah, Slapshot and many more! We are proud, excited and happy to have him with us on our upcoming tour in Europe this coming August!

The 2014 Black N Blue Bowl went down over two days outside at The Well in Bushwick last weekend (5/17 & 5/18). The jam packed lineup, in addition to Agnostic Front, included d-beat pioneers Discharge, Ludichrist (who are reissuing albums), Power Trip, Incendiary, 7 Seconds, All Out War, Beyond, Against the Grain, NYC punk vets Kraut, Sworn Enemy, Take Offense, Biohazard, Hatebreed and more. Rancid guitarist/vocalist Lars Frederiksen also showed up at the fest and posed with fans (as you can see below). Some pictures and video are in this post.

It was a big week for Black N Blue who succesfully packed out the Well for 2 days before saying goodbye forever to their East Village Radio show two days later (and 1 minute before Invisible Oranges aired their last show on the closing station). Listen to BNB's EVR archives.

Other upcoming hardcore and punk shows include Sheer Terror at Brooklyn Night Bazaar TONIGHT (5/23), The Rival Mob/Blacklisted/World War 4 at LPR in June, The Virus at Acheron in June, This is Hardcore fest (July 24-27 in Philly), Deathwish Fest in Boston in July, and Back to School Jam in NJ on August 23.

Videos and more pics from BNB Bowl below... 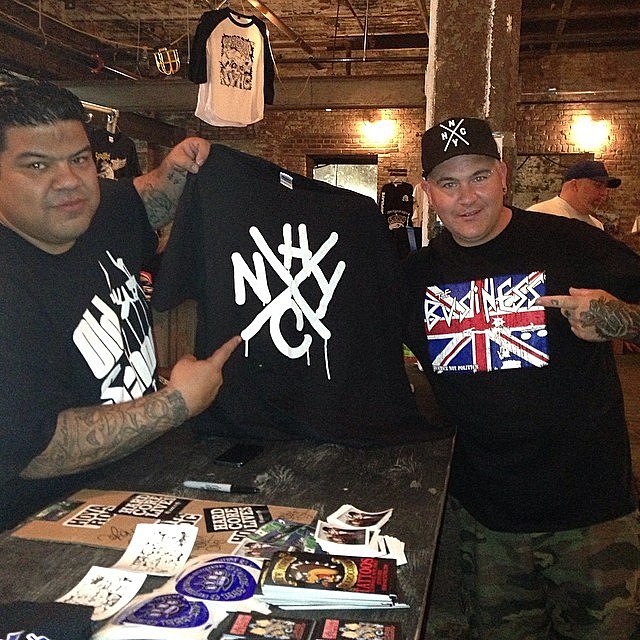 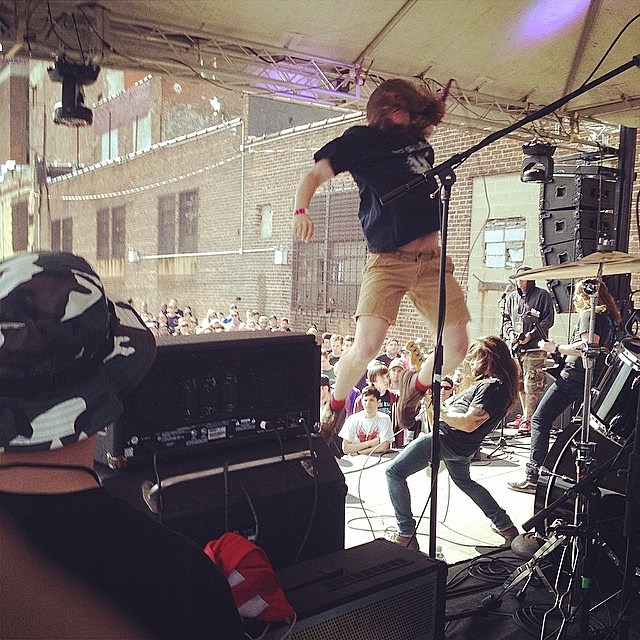 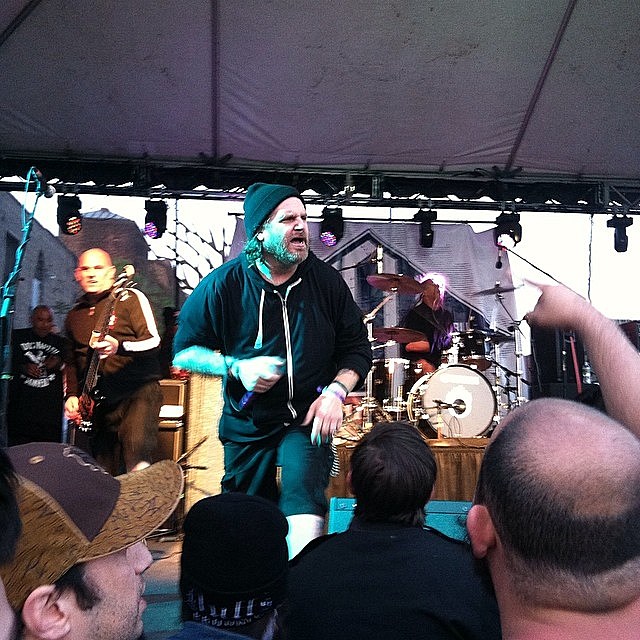 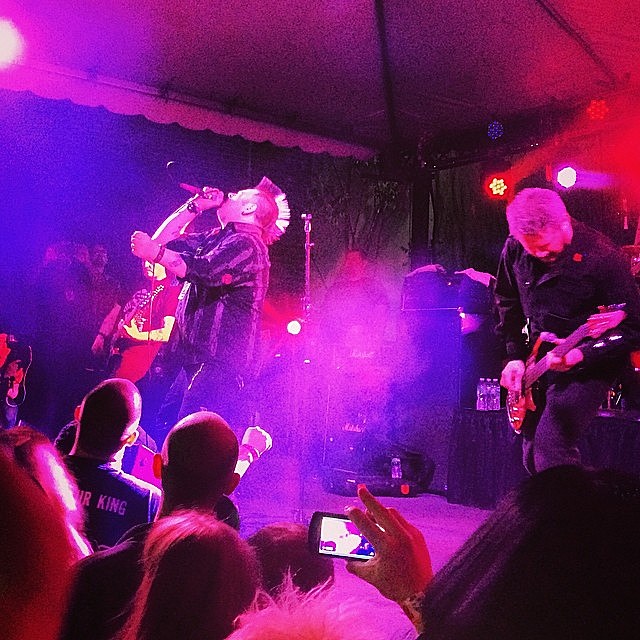 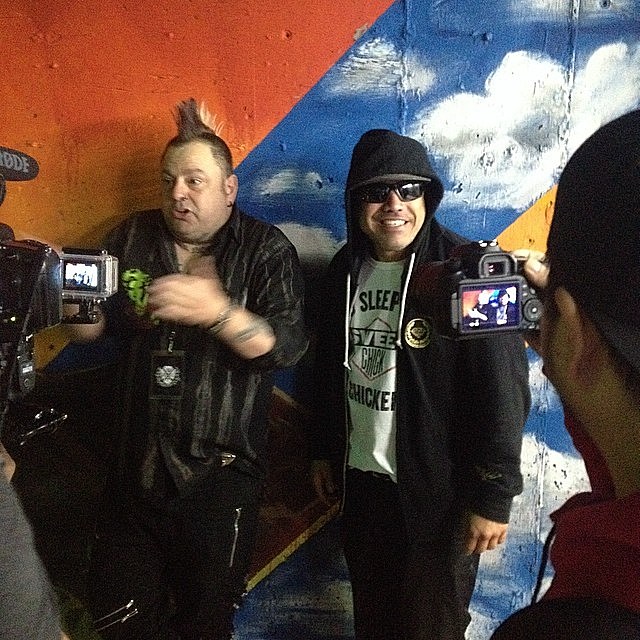 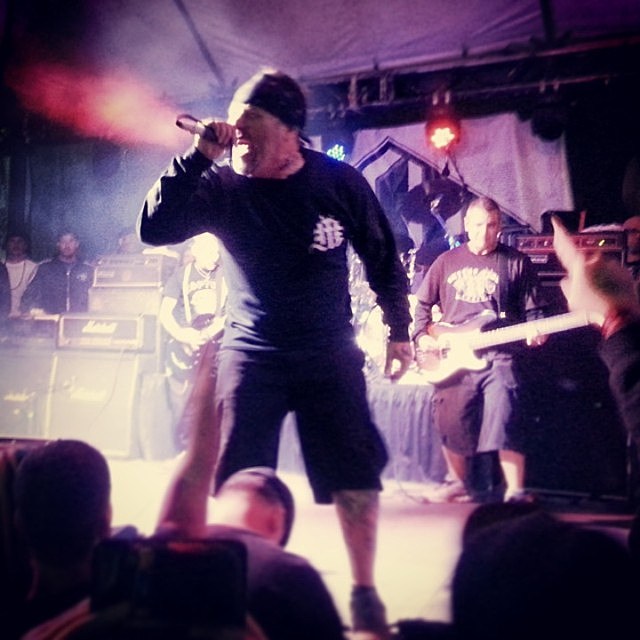 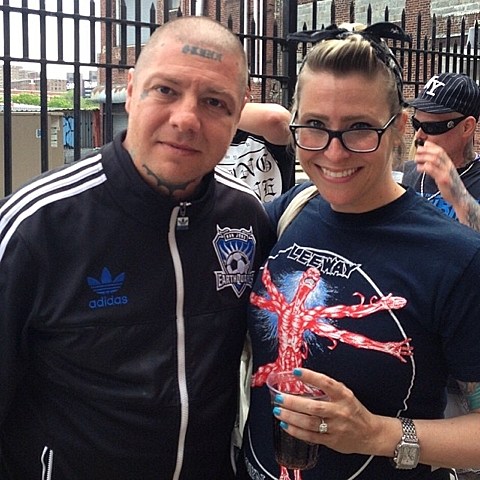