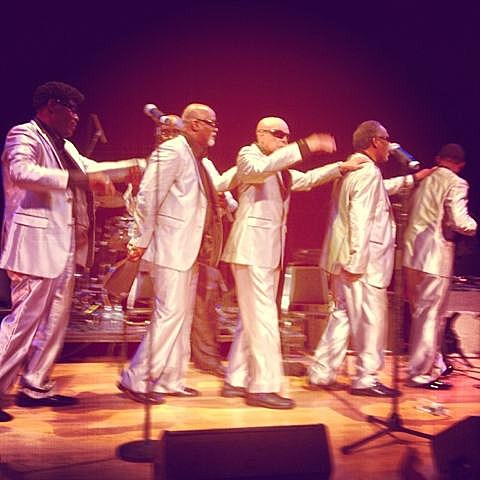 The Blind Boys of Alabama tour hit NYC on Friday (5/17) at Town Hall with Betty LaVette. The group have just announced they've signed with Sony Masterworks who will release their new album this fall. "We are thrilled to be on our new label, and we have a real surprise on the way with this new album. I think it's the coolest thing we've ever done," says 80-something singer Jimmy Carter who is the last original member still touring with The Blind Boys. That surprise, or at least one of them, is that Justin Vernon of Bon Iver will produce the album. Special guests are promised too and we'll just have to wait to find out what's in store.

In the meantime, Blind Boys of Alamaba's tour rolls on. All dates are listed below.