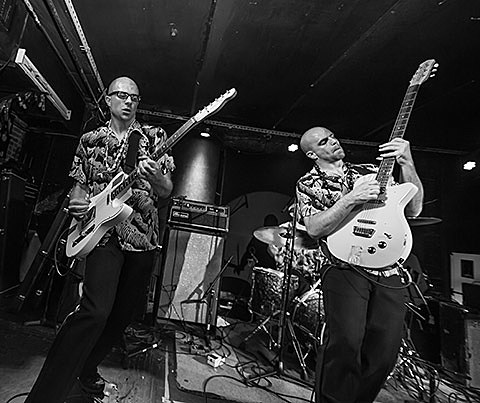 Minneapolis' animal beat bashers The Blind Shake just wrapped up their Modern Surf Classics tour with John Reis (including two NYC shows). No sooner than they sent their Hawaiian shirts to the laundry, they've announced a new album, Fly Right, which will be out April 14 via Slovenly. This one's a bit different that what they've done before, allowing a little melody in without sacrificing the sheer impact of their signature sound. You can stream four songs off Fly Right below.

The Blind Shake play the legendary First Avenue club in their hometown this Friday (3/6) with Brother Ali and more. Then they'll head to Austin for a bunch of shows during SXSW, details TBA.