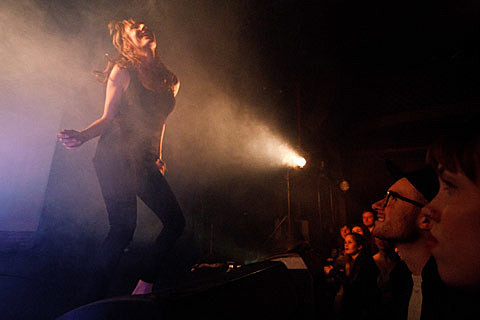 The Blow have been in NYC this summer making a new album, details still to come. New stuff might be played at The Blow's "Unplugged" residency which happens the first three Wednesdays in October at Union Pool. Say the band:

We are doing a series of experimental short sets on the first three Wednesdays in October at Union Pool in Brooklyn. These shows are a laboratory for working out new ways of performing electronic music live. We will be performing songs, just songs, from the extended Blow catalog.

There will be different openers at each show:

Tickets are just $5 and on sale now.

In 2013, The Blow released their first new album in six years. Let's hope we don't have to wait as long for this new one. Flyer for the residency below... 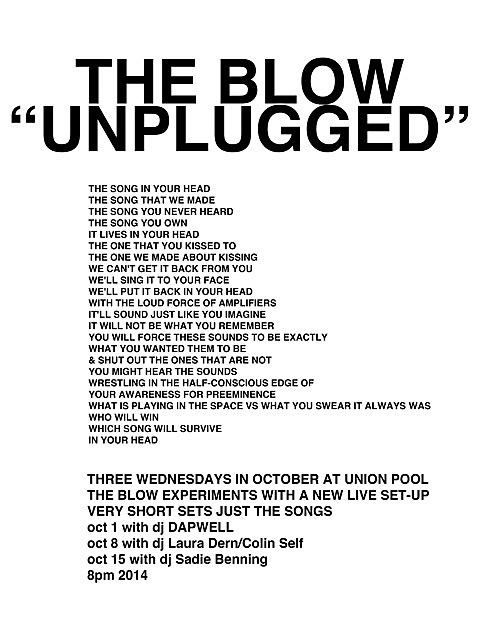