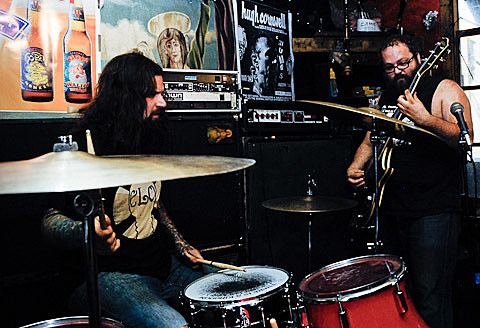 The Body will bring their 2010 favorite All the Waters of the Earth Turn to Blood to life at Le Poisson Rouge on June 25th when the band will play the venue as part of a seated event with the Assembly of Light Women's Choir! Tickets are on sale.

In related news, a few copies are still available of The Body's tour-only split with Whitehorse that the band sold on their recent trek together post-SXSW. That tour hit Acheron on April 1st with Bad Dream which was the same day we posted an interview with Pete of Whitehorse about his new LP Progression, which is out now on CD.

Check out some video of The Body live (sans choir) below...