photo: The Body at Acheron in 2013 (more by Fred Pessaro) 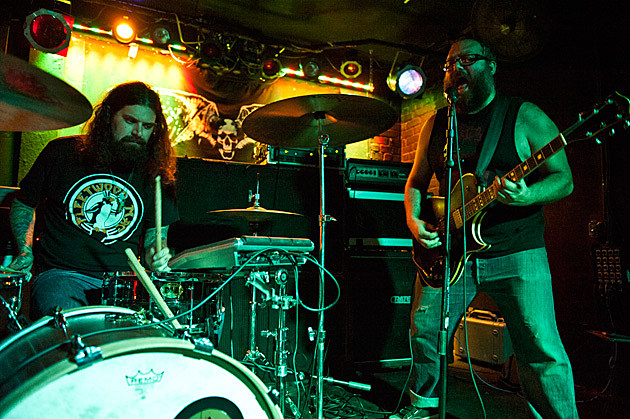 Sludge/drone/noise band The Body already played NYC three times this year, twice with Full of Hell in April and then again earlier this month at Apex Fest (full set video below). Now they have another run of dates announced which brings them back here in August.

The new dates hit NYC on 8/11 at Acheron with Of Muscle & Marrow and Hasj. Tickets for that one are on sale now. All dates are listed below.

After their August tour, The Body have a collaborative fall tour with Thou, who will be in NYC on their tour with False for two shows this summer.

All The Body dates are listed, with the Apex Fest video and a stream of "A.R." from their recent The Tears of Job EP, below...