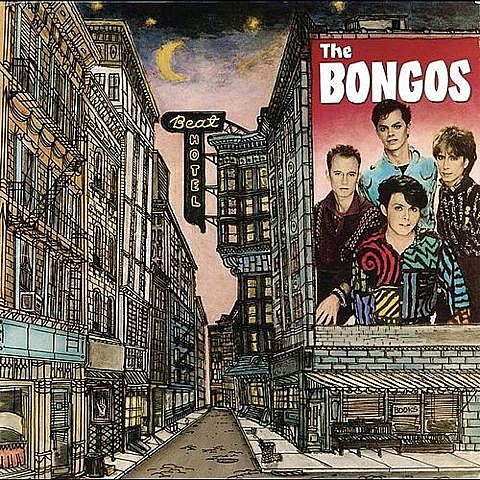 Maxwell's only has two weeks left and will go out, appropriately, with a Bongos show. The seminal Hoboken band, led by Richard Barone, grew out of the group "a" who were the first band to play Maxwell's. (They practiced there too.) The Bongos' 1982 debut, Drums Along the Hudson (Spotify), and their 1985 swan song, Beat Hotel (Spotify), are both fine examples of bouncy college radio guitar pop. In addition to the free block party on the street, The Bongos are reforming just for Maxwell's final show on July 31. No word on advance tickets yet.

The Bongos reunited back in 2007 for a show to celebrate the reissue of Drums Along The Hudson. This year, a collection of rare and unreleased Bongos' tracks titled Phantom Train is due out October 1 on JEM Recordings. So keep an eye out for that.