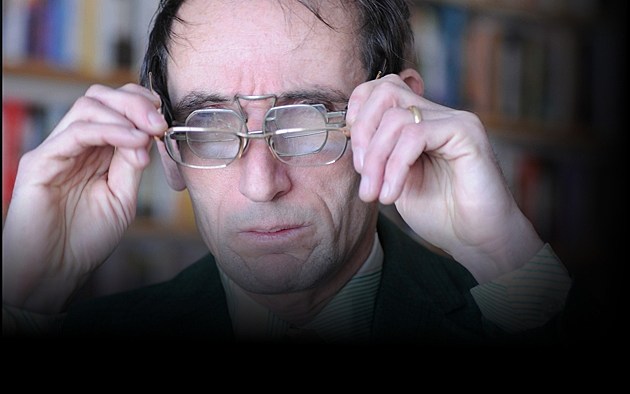 Nick Zammuto has been very busy as Zammuto since The Books went on hiatus, and now the other half of the band, Paul de Jong, is focusing on a solo career too. He released his first solo album IF in 2015 via Temporary Residence Ltd, and now his band of the same name is set to make its live debut. The band has Paul on cello, joined by Matthew Gold on drums, Kenta Nagai on guitar and Reinier van Houdt on keys.

They're playing two sets, 7 and 9:30 PM, on January 19 at Joe's Pub in NYC, and promising video clips "that seem to have been pulled out of one of the strangest of 10-gallon hats American media culture has yet produced." Paul says the opening act includes "yours truly, dancers, visual & performance artists." Tickets are on sale now.

If you haven't heard IF, it's pretty in line with The Books' classic material, with modern classical arrangements, glitch, and spoken word samples. You can watch videos for two of its tracks and stream the whole thing via Spotify, below...