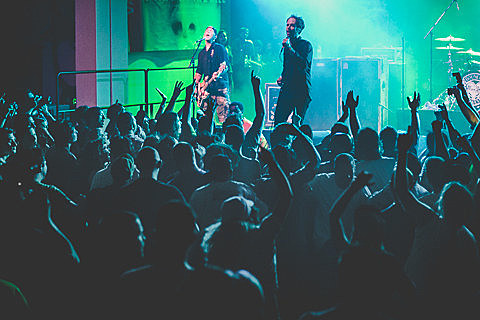 The Bouncing Souls, who turned 25 earlier this year and played the Court Tavern earlier this month, have announced their annual 'Home for the Holiday's shows for 2014. The NJ band will return to Asbury Park's Stone Pony from Friday, December 26 to Sunday, December 28. Lineups, ticket packages and afterparties will be announced October 6. A pre-sale begins October 7 at the Chunksaah site and general on-sale begins October 10.

The Souls are also celebrating New Year's Eve with shows on December 30 & 31 in Denver this year. All upcoming dates are listed below...