DOWNLOAD: The Boy Least Likely To - I Keep Falling In Love With You Again (MP3) 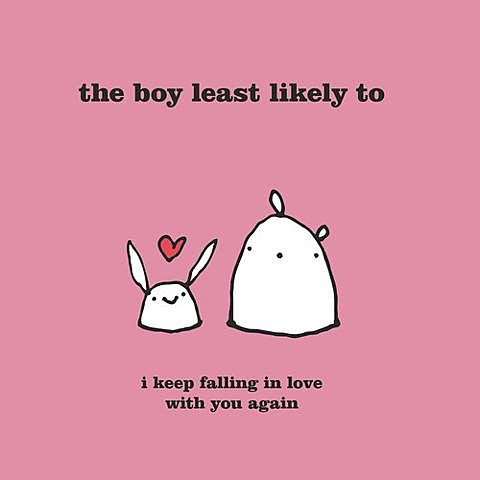 With posts about The Spinto Band and Sound Team's Bill Baird already this week, it's been kinda unnofficial "remember the mid-'00s week" here on BV, and that will continue with at least this post. Cutesy UK indiepoppers The Boy Least Likely To charmed their way into our hearts back in 2005 with their debut album The Best Party Ever, which contained "Be Gentle with Me" and "I See Spiders When I Close My Eyes." A follow-up. Law of the Playground, was released in 2009 and, apart from a Christmas record in 2010, they have been pretty quiet.

The Boy Least Likely To are back, though, and will release their third album, The Great Perhaps, on April 21. It makes sense that the duo would release the first track from it, "I Keep Falling In Love With You Again," on Valentine's Day. It's a little more electronic than previous efforts (in a thriftshop keyboards kind of way) but otherwise the same tuneful, winsome sound you remember. You can download it above or stream it below.