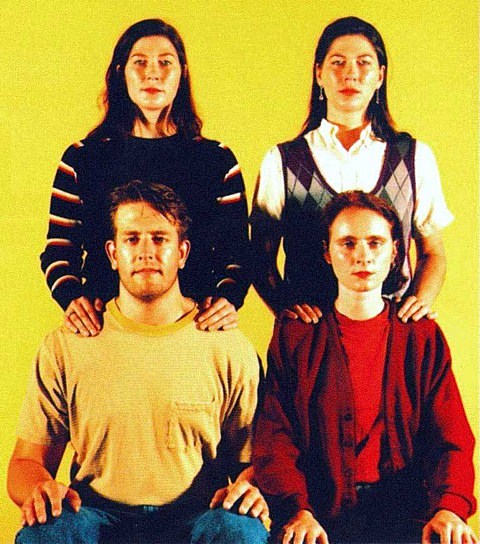 Ahhhooohooh! The Breeders' classic second album, Last Splash, will be 20 years old in 2013 and they are celebrating with a deluxe reissue and play-the-album tour. Not only will they play Last Splash front-to-back, but it'll be the line-up of The Breeders that made the album, too, which means original bassist Josephine Wiggs and drummer Jim MacPherson in addition to the Deal sisters who have kept the Breeders' flame alive with different rhythm sections.

No dates have been announced yet other than the All Tomorrow's Parties festival in Camber Sands, U.K. which happens June 21 - 23, 2013 which is curated by Deerhunter. They are promising dates in Europe and the U.S. so stay tuned.

As for the reissue, it's being dubbed LSXX and will be out in April. No tracklisting yet. A couple Last Splash videos are below.