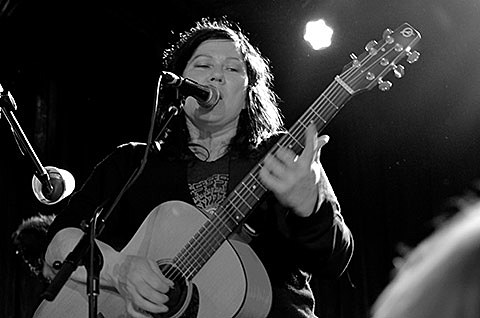 The Pixies are currently operating without Kim Deal (they just announced a tour), but Kim's keeping busy too. She's been touring with her other band The Breeders, celebrating the 20th anniversary of Last Splash all year. They already played NYC twice, and they just announced that they'll return before the year ends to play Webster Hall on December 19 and 20. Tickets for those shows go on sale Friday (10/11) at noon.

Updated dates are listed, along with a recent live video, below...