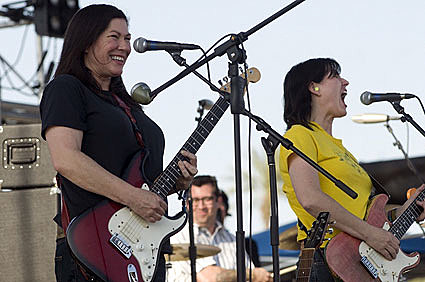 The Breeders kicked off their North American tour with a performance at the Coachella music festival on Friday night (April 25, 2008).

"Don't forget to wear your sunscreen," lead singer Kim Deal warned the crowd as the group finished its 40-minute set on the main Coachella stage. [WIRED] 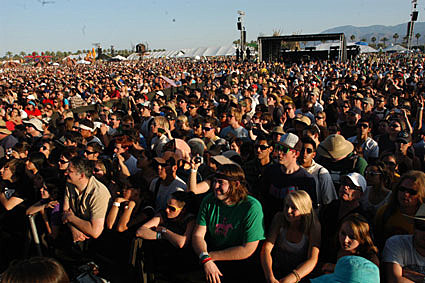 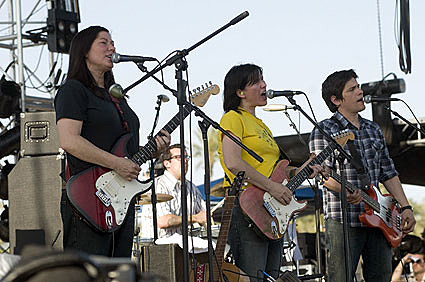 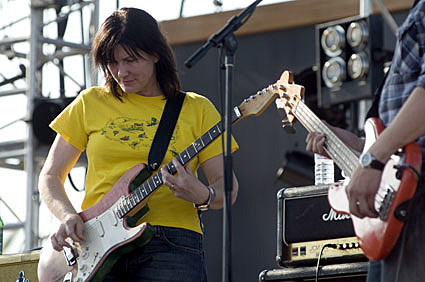 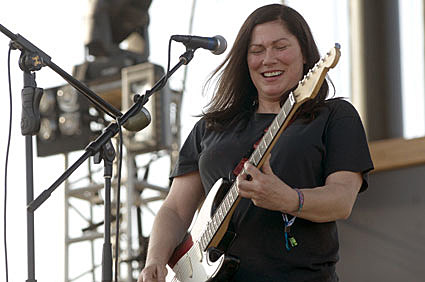 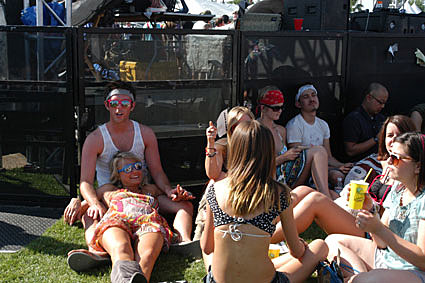 Next time, practice a few more times pre-show, gals, and all is forgiven. We'll just blame this one on the heat. [LA times]

Pics from their SXSW show HERE.