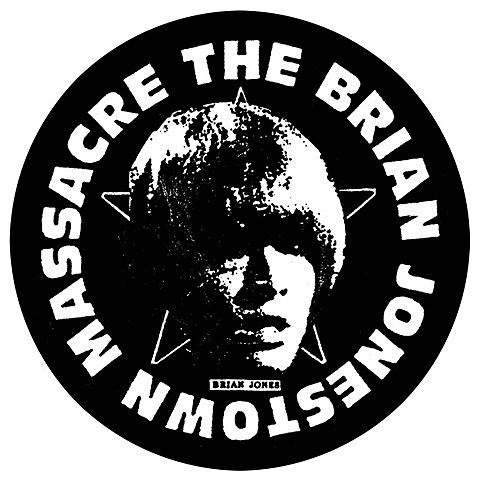 The Brian Jonestown Massacre, who released the terrific Revelation and a subsequent EP last year, have announced they'll go new wave on their next album, out April 27. Mind you that's French New Wave cinema and not now sounding like Oingo Boingo. Titled Musique De Film Imaginé, the album was inspired by the works of Truffaut, Godard, Bazin and other La Nouvelle Vague filmmakers. Main man Anton Newcombe told NME:

The album that you are about to hear is a soundtrack, my own creation, a tribute to great directors and filmmakers to an era that now seems to be behind us. Leaving the smart person to care to imagine that this art could now be in the shadow of its former glory. The interesting thing about this project is that the film does not exist either. Even so, I imagined and I realised its soundtrack... Now it's your turn...

The first track to be released from the album is "Philadelphie Story" which features lead vocals from French actress/singer Soko. I don't know what she's singing about (took three years of French, forget it all except the words to "La Cigale et la fourmi") but the song is all crescendos and high drama, in the best, Frenchiest possible way. Stream it below.

Newcombe also posted a few 30+ minute "work in progress" versions of Musique De Film Imaginé to his YouTube page last year and you can stream those, plus an Rdio stream of last year's Revelation, below as well.

In other news, Anton Newcombe collaborated with Tess Parks on a 10" EP that will be released for Record Store Day 2015. A Toronto native, Parks also worked with Newcombe on her new album which will be released later this year.