The Bronx at Riot Fest Brooklyn 2012 (more by Gretchen Robinette) 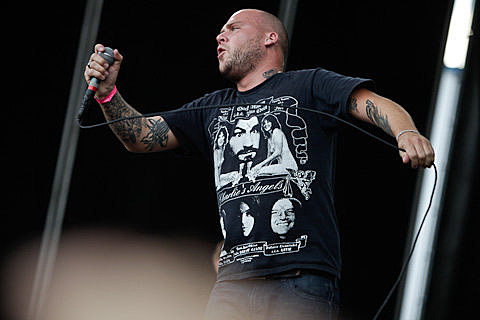 As mentioned, LA punks The Bronx are set to release their fourth album, and first since 2008, IV, on February 5 via White Drugs/ATO. They're playing a few release shows in the US for the album before heading on a UK tour including the previously discussed NYC show on February 5 at the Bowery Electric. That show has since sold out but the band have just added another show happening at the same venue a day earlier (2/4). Tickets for that show are on sale now. Both shows are with Hussle Club.

The Bronx are a bit less scream-y these days than when they started out, but they're still dishing out in-your-face punk 'n' roll and the new album is no less fierce than any of its predecessors. You can stream two tracks and check out an updated list of dates below...