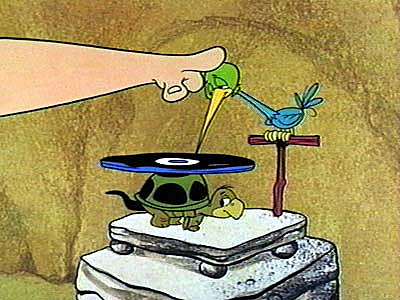 The Brooklyn Record Riot will be the first ongoing, regularly scheduled record/cd show in recent Brooklyn history. There have been sporadic, excellent shows in Brooklyn, but nothing of this magnitude. Most events have been one-off events with somewhat limited scope in medium, genre or location. BRR will appeal to all stratas of record/cd consumers and also give local record stores the opportunity to advertise their products/stores at the show. Surely the record store is alive and well in the borough (Academy, Earwax, Permanent Records for starters) but when we (Irisrecs.com) sell at street fairs in Brooklyn, the first question that people often ask is "where is your store?" Well, we are going to provide the residents of Brooklyn with a BIG STORE in the form of BRR, held Sunday June 29th at the Polish National Home of Greenpoint, commonly known to the locals as WARSAW. This beautiful, spacious ballroom from the early 20th century was the original gathering place of Brooklyn's Polish population. Thousands of Polish immigrants used "261 Driggs Avenue Brooklyn" as their first known address in America. The building has been cited by the Ellis Island Foundation as important and historic. These days WARSAW is home to over forty rock concerts a year (Patti Smith, The Misfits, The New Pornographers, amongst others) plus various Polish events, and is extremely well-known to the New York City music audience. Hours will be festive (unlike most record shows), from 11am to 8pm. There will be a full bar and lots of beer. Also, four different DJs with four totally different musical agendas will spin tunes. And of course Warsaw will be selling Polish food, kielbasa and perogies. What more can you ask for with your psych or soul 45s?

We have selected the best dealers from the tri-state area and beyond for this event. All genres of music will be represented, as well as great 45s, compact discs, DVDs, posters and t-shirts. We are also searching out local collectors who just want to sell parts or all of their collections. There will be over 30,000 records at this show, rare and not-so-rare. Most dealers will have budget sections and most will be looking to "wheel and deal." BRR is also a good opportunity to chat with dealers about finding exactly what you are looking for, even if it's not at the show.

Here is a partial list of dealers who will be selling at the Brooklyn Record Riot!!!

This list will continue to grow. If you are interesting in selling (or buying) at BRR, please call Steve at 609-468-0885