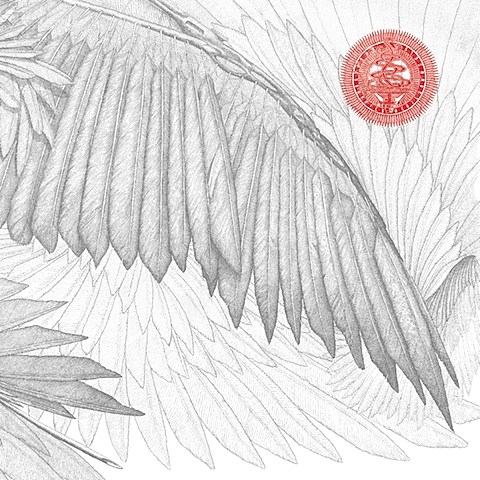 UK producer The Bug has been talking about his guest-filled LP Angels & Devils for over two years now, and it looks like it's finally ready to come out this month (8/26) via Ninja Tune. Four of the album's tracks, the ones featuring Grouper (Liz Harris), Death Grips, Gonjasufi and Manga, can be streamed below. The LP also features guitar from Godflesh/Jesu's Justin Broadrick, vocals from Inga Copeland, and other collaborations including Israel's Miss Red who was here with him in March (a trip that included SXSW). Full tracklist below as well.

This fall, The Bug will be going on a North American tour, playing collaborative sets with LP contributor Manga. That tour kicks off in NYC on October 8 at Output for a show with The Bug's Ninja Tune labelmate Actress. That's a great double bill of leftfield dance music. Tickets for that show are on sale now.

All dates are listed, with those song streams and tracklist, below...

With the Angel side(s) up first, things kick off with Liz Harris (of Grouper) in the submerged lushness that is "Void". Followed by contributions from ex Hype Wiliams half copeland ("Fall"), the blissed out patois of touring partner Miss Red ("Mi Lost"), two truly zoned Bug instrumentals, and rounded out by Gonjasufi on "Save Me". It's a collection of heady, dubbed out cinematic blissfulness with a lurking darkness before giving way to devils...

Devils leads off with the return of long time collaborator Flowdan on the mic and the guitar of Justin Broadrick (Godflesh / Jesu) bringing a complete about face to the proceedings and setting the tone with "The One". Roll Deep's Manga steps up next with the instant Bug classic "Function", which is being currently smashed on dubplate, by Mala, Kahn and Logan Sama. Death Grips raise the antagonistic bar with "Fuck A Bitch". Flowdan & Justin Broadrick come back for the cinematic death crawl of "Fat Mac". Warrior Queen steps in for hands down the nastiest vocal she's ever delivered (which is saying a lot) for "Fuck You", and finally Flowdan steps up again to round it all off with a Devils battle cry of sorts "dirty, fuck that murky...".

$ with Actress
^ with Manga
* with Flowdan
# with Wolf Eyes