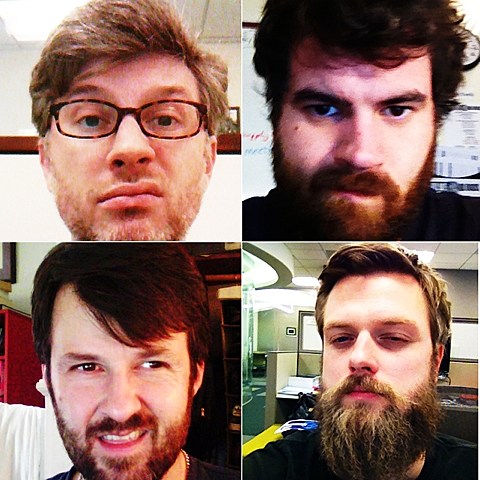 Brooklyn indie rockers The Burlies are the new project of Dismemberment Plan frontman Travis Morrison. They formed last year with a lineup that also includes David Brown (The Hellfighters, Poor But Sexy), Drew Butler (Cataract Camp), and Eric Farr (The Diagnostics), and played a few shows towards the end of the year, but partially due to Hurricane Sandy, they didn't make their hometown debut until earlier this year.

The band have two local shows scheduled for this summer, including one on June 14 at Union Hall with drone guitarist Noveller and DC garage rockers Drunk Tigers, and another on July 20 at Shea Stadium. Tickets for the Union Hall show are on sale now and head to Shea's site for more info (TBA) on that show. The Burlies haven't released any music yet, but you can check out a recent live video below.

Meanwhile, The Dismemberment Plan have live dates scheduled for this September, including Riot Fest Chicago and St. Jerome's Laneway Festival in Detroit that same weekend.