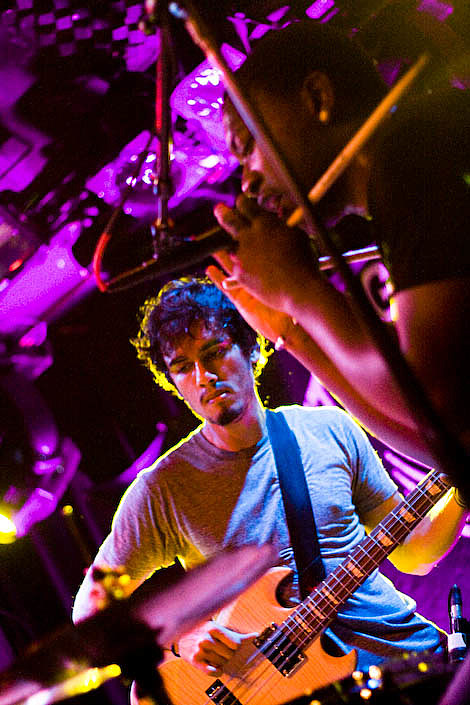 It was early, but it was fun. The Carps were one of the first bands to hit the main stage (12:45) at the Brooklyn Vegan Day Party at The Knitting Factory on Oct 25th, but that didn't mean they were, or left anyone else, half-asleep. The bass/drums duo brought their infectious R&B meets Gang Of Four meets DFA1979 funk keeping the early crowd enthused, and their storytelling interludes about homicides kept the crowd engaged. The thing that impressed me the most was drummer Jahmal Tonge's awesome ability as a singer, passionately crooning away like some sort of bastard child of Keith Sweat and ?uestlove, all while while blasting on his kit. More pictures below... 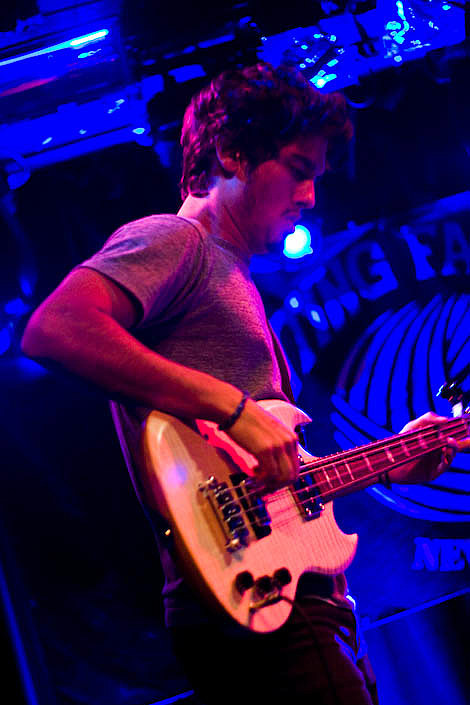 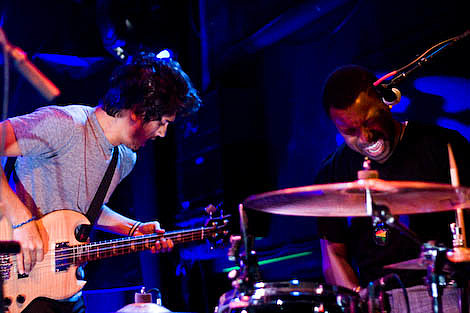 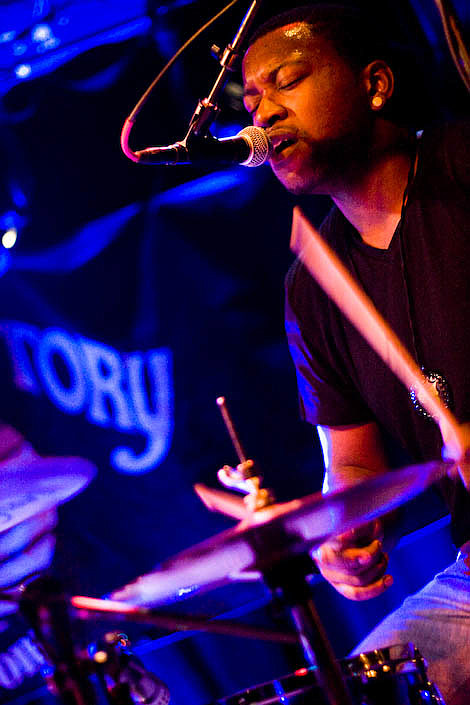 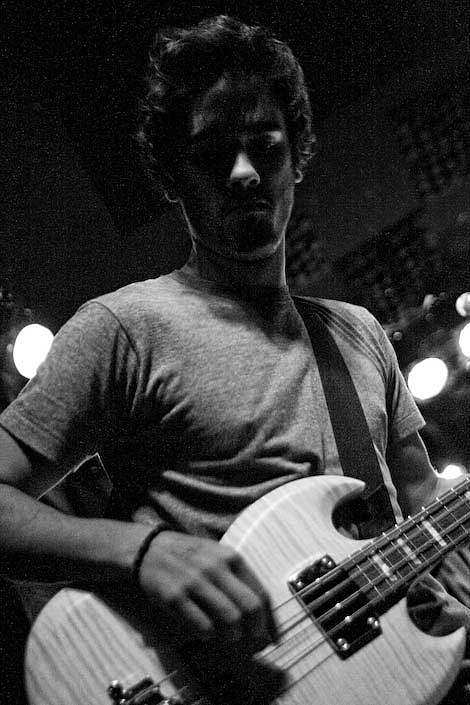 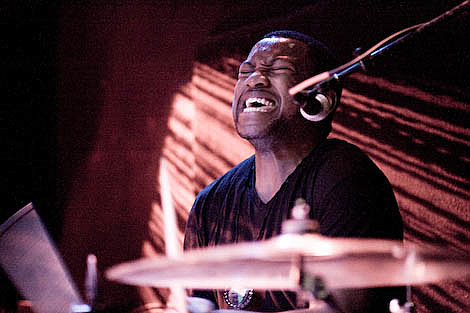 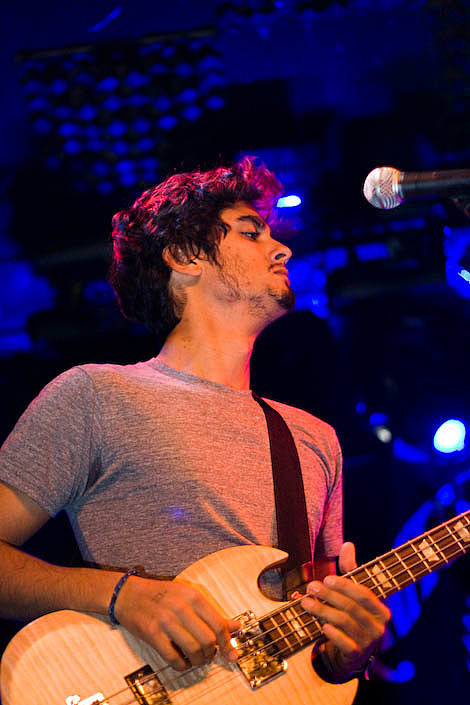 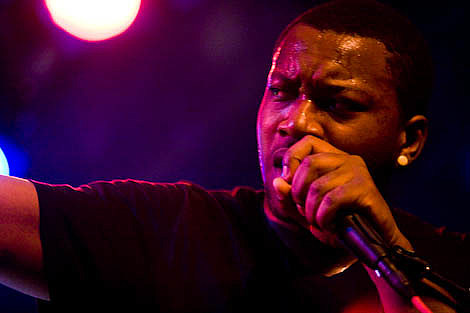 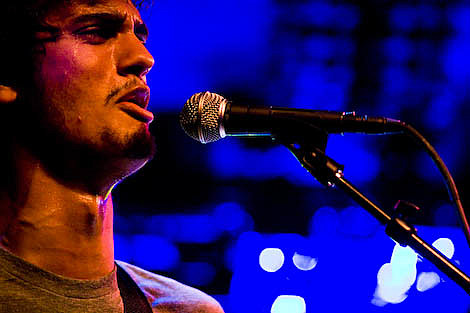 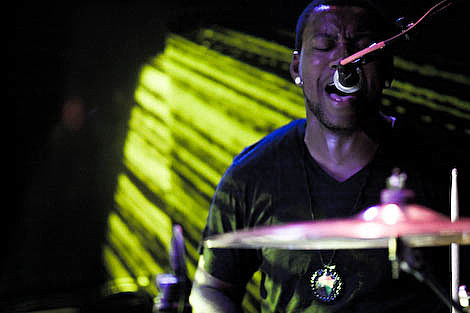 Starfucker played the same stage right before them.

The Carps also played a show earlier in the week with The Cool Kids.