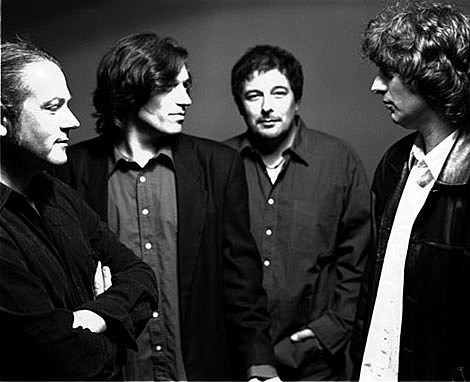 After three decades together, the church return to North America for a special 30th anniversary acoustic tour throughout April and May 2010. "An Intimate Space" will include songs that span the length of the church's epic creative trip from their debut in 1980 to their latest critically acclaimed 2009 album "Untitled # 23".

In a unique and unusual execution, the band will choose one song from each of their considerable album releases and perform them in reverse chronological order. This original show will have the audience gliding softly down through the years, opening with a track from "Untitled #23" before embarking on a fantastic voyage through time ultimately arriving at their first Australian album, "Of Skins And Heart" where it all began.

The Church where last here in 2009. They played a July show at Irving Plaza with Adam Franklin. The sole NYC date on the Australian psych-pop vets' upcoming tour is at a considerably more (as advertised) intimate venue. It happens April 22nd at City Winery. Tickets (each of which come with a copy of the band's Deadman's Hand EP) are on sale.

They also play Bay Shore, Long Island's Boulton Center for the Performing Art the next night (4/23) - tickets for that are on sale too.

Videos of the band and full dates for their tour are below...