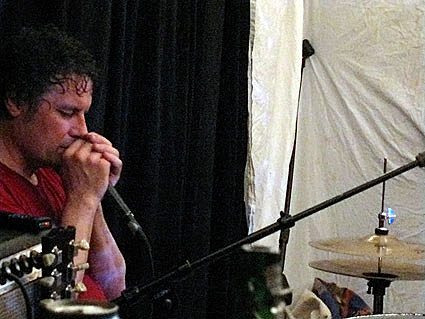 the Clean played a career-spanning smattering of songs, augmented at one point by guitar from Richard Davies (formerly of the criminally underrated Moles). At a time when so many bands of the Clean's stature are cashing in on outsized reunion tours, the whole evening was nothing short of inspiring. [Pfork] 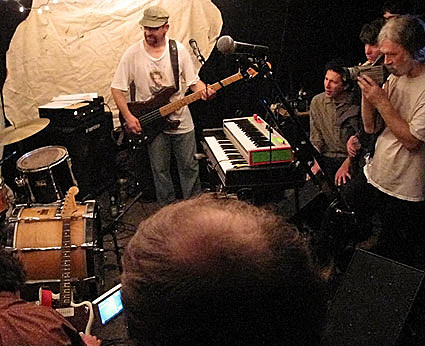 Yep, that's Ira sitting to the right of Joly in the front row. He was way into it. Georgia was there too (she even played guitar with opener Times New Viking The Mad Scene). That's when it occured to me that The Clean were probably going to open one of the eight Yo La Tengo Hanukkah shows this week. And they did - and on the rumored night - aka last night at Maxwell's (Dec 5, 2007).

The show I went to was one of five scheduled Clean shows - four of which were in NYC, and three of which were at Cake Shop. The other NYC show was at Other Music. Maxwell's was their sixth show in two weeks. I'm not sure when their next show will be, but they say they're planning on touring when their new album comes out - the album they're working on right now. Their last new album came out six years ago.