Nice to see that indie zine chickfactor is having a third birthday party -- "chickfactor 22" -- at Brooklyn's The Bell House on March 20 & 21. Headlining the second night are The Clientele, who went on "indefinite hiatus" in 2011 (and haven't played NYC since the year before that); frontman Alasdair MacLean's more current group, Amor de Dias, which is a collaboration with Pipas' Lupe Núñez-Fernández, will play on the first night.

The 3/20 show is headlined by Withered Hand, with sets from Jim Ruiz Set (who has played all three years) and Lilys. The 3/21 show also features Versus, onetime SF Seals singer Barbara Manning and DC area indiepop group The Saturday People (who haven't played in a long time). Tickets go on sale Monday (2/3) at noon, and are $20 for each night in advance and $25 at the door. A $40 two-day pass is available too. You can buy them through Other Music in addition to online.

The Clientele line-up for the chickfactor show will be Maclean, James Hornsey on bass and Mark Keen on drums and this iteration hasn't played together since 2005. The Clientele also have a song on Merge Records' Or Thousands of Prizes 7" subscription, part of the label's 25th anniversary. 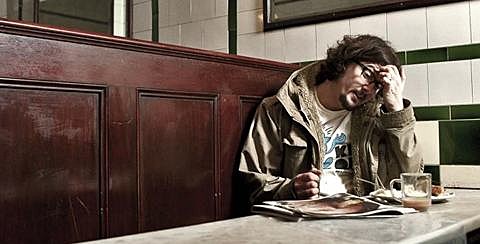 Withered Hand, aka Edinburgh singer-songwriter Dan Willson, has a new album, titled New Gods, out March 25 via Slumberland. The new LP features guest appearances by Black Tambourine singer (and chickfactor co-founder) Pam Berry, Eugene Kelly of The Vaselines and members of Belle & Sebastian and Frightened Rabbit.You can stream "Horshoe" and watch an album trailer below. Withered hand will be over for SXSW so look out for him there as well.