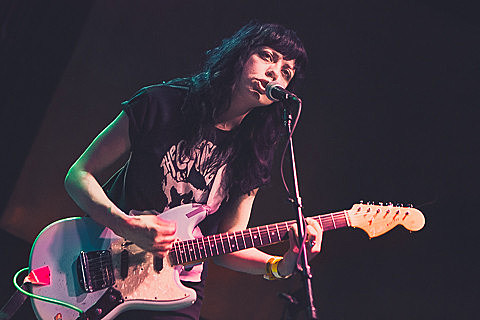 Atlanta's The Coathangers celebrate their 10th anniversary this year and are back with their fifth studio album, Nosebleed Weekend, which is out April 15 via Suicide Squeeze. The record was produced by Nic Jodoin and the first single, "Make It Right," is reminiscent of the garage rock sound of 2014's Suck My Shirt yet slightly rougher, showcasing Stephanie Luke's raspy vocals.

They'll be stopping by NYC with Tijuana Panthers at Baby's All Right on March 29. Tickets are on sale now. They're playing a couple of other shows, but official tour dates have not been announced yet. All dates are listed below.