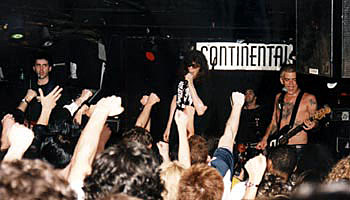 Get Underground reports, "...CBGB’s less famous counterpart only a few blocks up the street, The Continental, has let it be known that it will no longer be hosting live music and will become a regular bar with a big screen TV. The Continental hosted some of the best punk rock music ever. It’s where Joey Ramone partied and where Murphy’s Law can be counted on to ring in the New Year and St. Patrick’s Day.....I recently ran into the Continental’s owner, Trigger, at Manitoba’s on Ave. B. 'It breaks my heart, but I’ll be able to pay my rent easier,' he said. He added that when he first opened the club 15 years ago, the East Village was still the East Village. Now I’m surrounded by McDonald’s and Starbucks and K-Mart and I’m paying that level rent.'..." 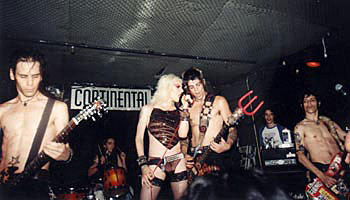 Catch one more show at The Continental. Check out their schedule.

On a related note, CBGB is supposedly/obviously planning a series of farewell shows leading up to the October 31st closing date.