Tonight (11/11) and tomorrow are the last two shows of The Answering Machine's extended NYC visit, playing Bruar Falls tonight (with Dinnosaur Feathers and Zambri) and Cake Shop tomorrow (11/12, with Sholi). As I've said before, this Manchester band make superior Brit Indie and like their debut album, Another City, Another Sorry, quite a bit. You can get the whole thing at their bandcamp.com page. 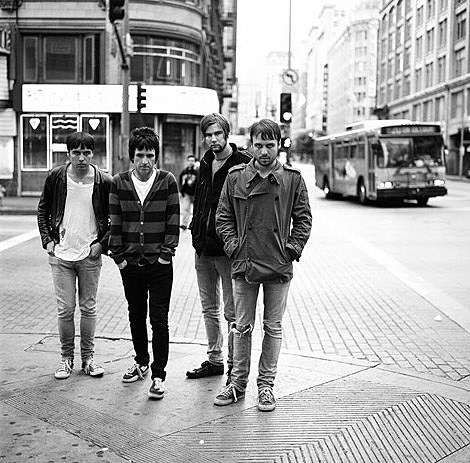 Speaking of superior Brit Indie, The Cribs fourth album, Ignore the Ignorant, was released this week, just in time for their shows at Bowery Ballroom on Thursday (11/12, still tickets available) and Friday (11/13, sold out). As you may know, The Cribs are now a four-piece, having added Johnny Marr to their otherwise all-Jarman lineup for the writing and recording of the new album which actually does sound like what you might expect it to. You've still got the big choruses and raw energy The Cribs are known for, but now with the flourishes and panache the onetime Smith is known for. I'd even say Ignore the Ignorant finds Johnny Marr sounding like Johhny Marr for the first time since his days in The The. It's a really strong record. But The Cribs are almost always better live than on record. I will be curious to see how Marr will affect the usual antics of Gary, Ryan, Ross. Will brothers still act like brothers when there's a legend nearly twice their age on stage? 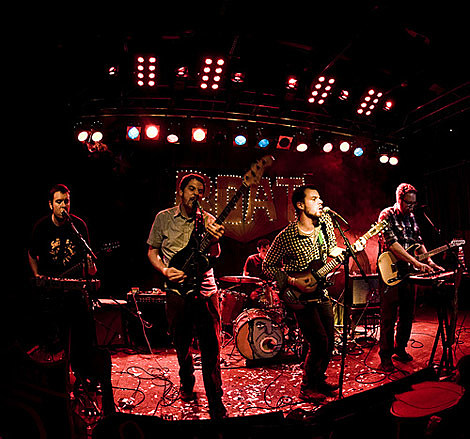 The shows I'm most looking forward to this weekend are from Seattle's BOAT, a truly fun live band whose new album, Setting the Paces, is just terrific, loaded with irresistible indie pop, as much as you can fit on tangerine-colored vinyl. We're talking giant hooks, lyrics that are funny without being novelty (and have just enough of the crying-on-the-inside clown thing going on too), and production that is neither slick nor low fi. This is how it's done, and I've no doubt this will find its way into my Best of 2009 list.

BOAT play Union Hall on Friday (11/13) and Bruar Falls on Saturday (11/14) and you really should do yourself a favor and go see one of these shows. They don't make it East very often. Their live shows are fairly interactive -- they pass out bags of confetti and homemade shakers, and often work with signs and props -- but it never feels forced. They just want you to have a good time. The Union Hall show on Friday is with How I Became the Bomb; Saturday's Bruar Falls show is with Miniboone and Shark? 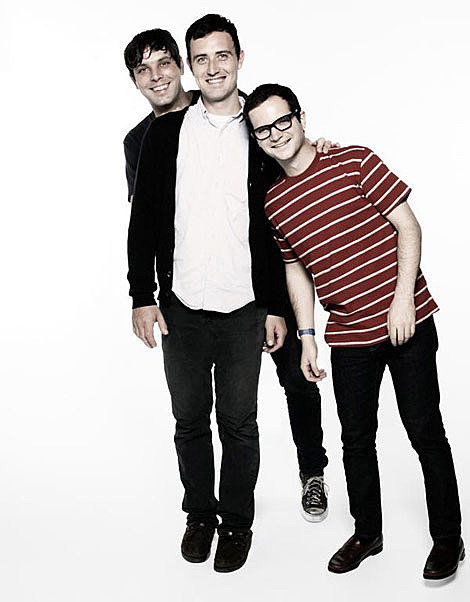 I feel a little bad that BOAT's show on Saturday is competing with the Slumberland 20th Anniversary show at The Bell House for the indie pop consumer's dollar. As someone who spent his college years going on road trips to Washington DC to see shows and go record shopping, Slumberland is intertwined with my musical upbringing, be it thumbing through Velocity Girl, Henry's Dress and Aislers Set 7"s at Arlington's Go Records, or hearing Stereolab's Switched On for the first time at Smash on M Street.

It's kind of amazing that, after a few years of dormancy, Slumberland has come back stronger than ever in the last year with records that have achieved a national level of attention that seemed impossible in the '90s. I'm still stunned at how popular Pains of Being Pure at Heart have gotten. It's a label that continues to be a labor of love for owner Mike Schulman. Maybe the listening public (now with the wide-reaching abilities of the internet) has come around to his way of thinking.

Anyway, Saturday's eight-band spectacular is a hard-t0-pass-up bill for any indie fan, featuring label heavy hitters The Pains of Being Pure at Heart (previously unannounced) and Crystal Stilts. There's also Boston's Pants Yell!, whose new album Received Pronunciation was just released and is what I'd call a textbook "grower," one whose many pleasures don't reveal themselves till maybe the third listen. The band are also swearing it's their last, and plan to break up next year (Check out an MP3 of "Cold Hands" above). Additionally, the show has Philadelphia's baroque-ish Brown Recluse from the label's current roster, and what is likely to be most people's first time seeing Frankie & the Outs, who were really good opening for Grass Widow at the Woodser a week ago.

There's also sets from three bands from Slumberland's dreamy '90s era: Lorelei, who have been back together since 2003, and The Ropers, and Nord Express who I'm pretty sure are playing their first shows since disbanding. While I know some Slumberland fanatics were hoping, wishing, crossing their fingers Schulman and Bell House booker Skippy might pull a rabbit out of their hat with more classic Slumberland bands (The Aislers Set, Black Tambourine, Velocity Girl or Rocketship), it's hard to argue with this lineup. It's gonna be a great night. 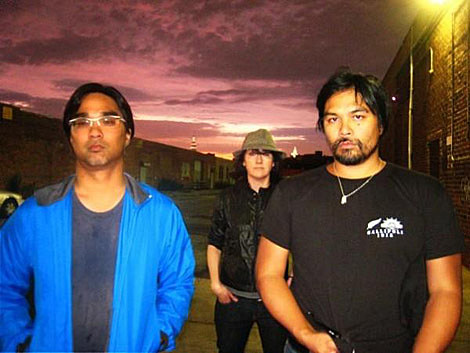 While on the subject of '90s indie rock, Versus are playing at Knitting Factory on Friday (11/13). Now augmented with a violinist (at least at their fantastic Seaport set this summer), they're sounding as good as they did in the '90s. Maybe even better. I'm told there's a new Versus album in the can and they're just trying to work out the whens and wheres of its release. The whole line-up at the Knit is TeenBeat related actually, with label head (and former Unrest frontman) Mark Robinson's new band Cotton Candy; Plus Minus which features Versus' James Balyut and ex-member Patrick Ramos and who are equally popular in their own right; The Solitary Cyclist which includes John Lindaman of True Love Always, Plus Minus drummer Chris Deaner, and food blogger (and friend of mine) Ganda Suthivarakom who has also performed with Miho Hatori, as well as in David Byrne's Imelda Marcos opera, Here Lies Love. Which leads us to the other band on the bill: Filipino indiepop band Ciudad. They've been playing shows here for the last month or so but this looks to be the final one before they head back to the Philippines. 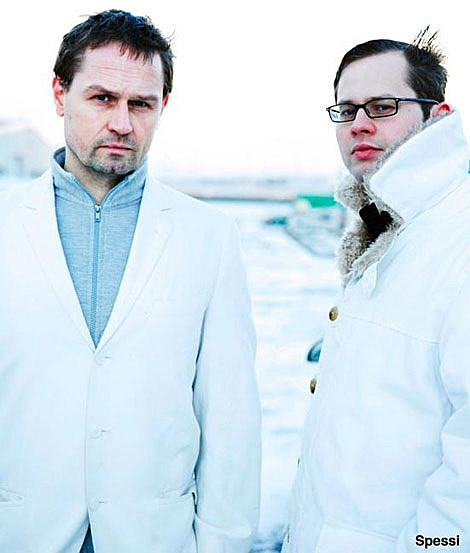 A couple other quick shows of interest. If you ever wondered what became of Einar, the other vocalist in the Sugarcubes (the one who shouted things like "I really don't like lobster!"), his current gig is GhostDigital which matches weird electronics to his particular style of vocals. They play tonight (11/11) at Monkeytown with fellow homemade diode musician Caspar Electronics.

GhostDigital also play on Thursday (11/12) at Town Hall as part of Music For 16 Futurists, which is further described as:

An evening-length concert of original scores and newly commissioned compositions for the intonarumori, or "noise-intoners" As part of its celebration of the 100th anniversary of Italian Futurism, the Performa 09 biennial, in collaboration with the Experimental Media and Performing Arts Center (EMPAC) and SFMOMA, has invited Luciano Chessa to direct a reconstruction project to produce accurate replicas the legendary instruments (8 noise families of 1-3 instruments each, in various registers) that Russolo built in Milan in the summer of 1913. As the first instruments capable of creating and manipulating noises through entirely mechanical processes, the intonarumori can be considered to be the original analog synthesizer, and the ancestors to the latest electronic synthesizers used today.

Sounds pretty cool. Aside: I used to fantasize that Einar formed a band with Fred Schneider. The most annoying band ever created.

OK that's it for this week. Videos and tour dates follow....

Pants Yell - "Someone Loves You"