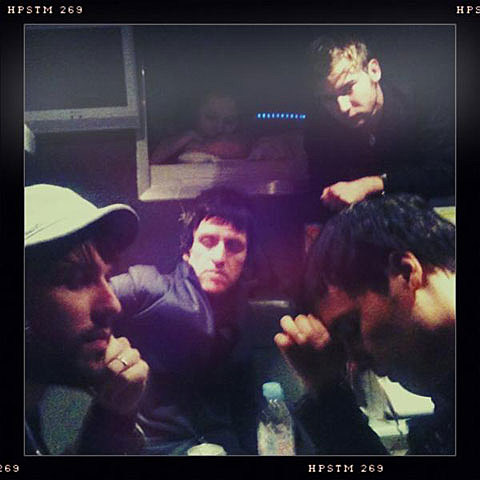 As you can see in the above picture, The Cribs are bummed out that they're not going to make it to Coachella this year. Read their full statement about it, below... 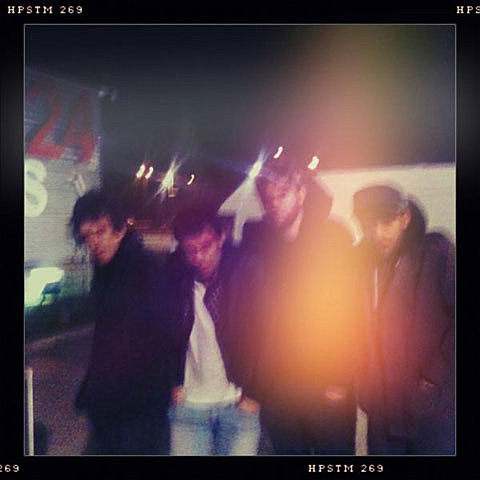 Unfortunately, despite a Herculean effort we won't be able to play at Coachella this year. We are pretty gutted to be frank, currently languishing in the grimmest ferry port after waiting for good news about free airspace that never came. The boxing machine in the services doesn't even work so we can't take out our frustrations Queensbury style...

After finishing late in the studio last night in London and Ryan burning his fringe off, we slept fitfully for 2 hours before we were rudely awoken by Shippo at the ungodly hour of 6AM. 30 minutes later and we started getting the first notions that something wasn't quite right - our sound technician was stranded in Manchester because of 'volcanic activities' apparently...this was too bizarre of a concept for our crack-of-dawn brains, and after checking to see our flight to LAX was unaffected we hit the road to Heathrow.

Every flight was cancelled except for ours which we took as a good omen and a stroke of luck, especially after being told that ours would be the last flight out of the country.

It was nice of the airline company to let us get on the plane, read a little, pick some movies and have a quick nap before being told that we weren't going anywhere and the flight was indeed cancelled, and better still was waiting for about an hour to disembark and then going through immigration with a few other hundred people despite not actually having gone anywhere.

We were told that there was no way we would make it in time for our set tomorrow but we hung around in the car park for a couple of hours anyway figuring out our best options and trying desperately to get our flights changed to any that would get us there but to no avail. The only option we could think of was to drive to Amsterdam and then get the earliest flight out of there possible the next morning, arrive after no sleep and literally get to the festival at the time we were due onstage. After having done things like that so many times in the past that seemed like an OK option so we set straight off, but we were just looking for glimmers of hope.

We've sat around all day in car parks, airports, service stations, ferry ports and our van, talking on the phone constantly to managers/promoters/agents/air traffic control and it became clear that even if the airspace was considered clear tomorrow morning AND the flight wasn't delayed we wouldn't be able to make it. Pretty hard to accept.
We were really looking forward to playing this year, the slot sounded perfect, outdoor at dusk, and the last time we played Coachella was really fun.

We're really sorry it hasn't worked out and we'd like to thank the promoters for being so understanding and helpful. They even offered to get us a private jet to the festival site if we could just get to the USA but even that is currently impossible.
See you next year...
The Cribs