The Cribs at MHOW earlier this month (more by Guy Eppel) 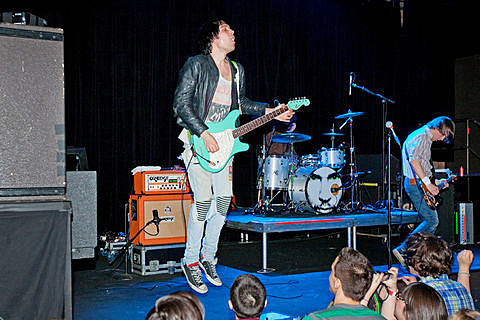 As mentioned, The Cribs plan to release their new Steve Albini/Dave Fridmann-produced LP, In the Belly of the Brazen Bull, on May 8 via Wichita/Warner Bros. They've already done some touring in support of the album including a North American run which hit MHOW earlier this month. The band is about to head overseas for some European dates, but they'll be back on our shores in June for more touring including a NYC show happening on June 6 at Irving Plaza. Tickets are on sale now.

You've already heard the track "Chi-Town" off of The Cribs' upcoming album. Check out the video for another, "Come on Be a No-One," with a video of Ryan Jarman being interviewed by a 7 year old, and all dates, below.