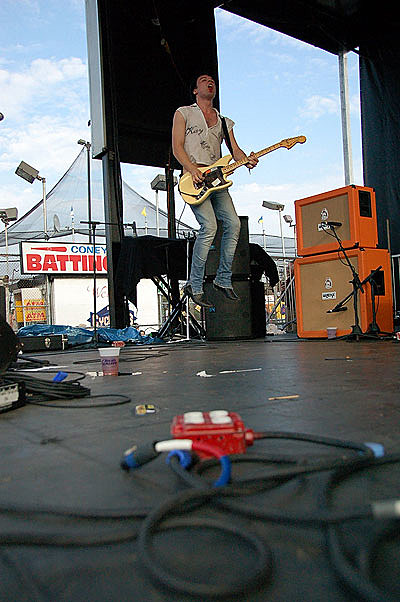 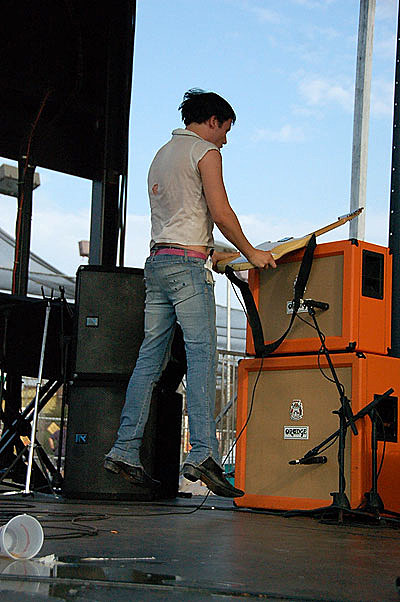 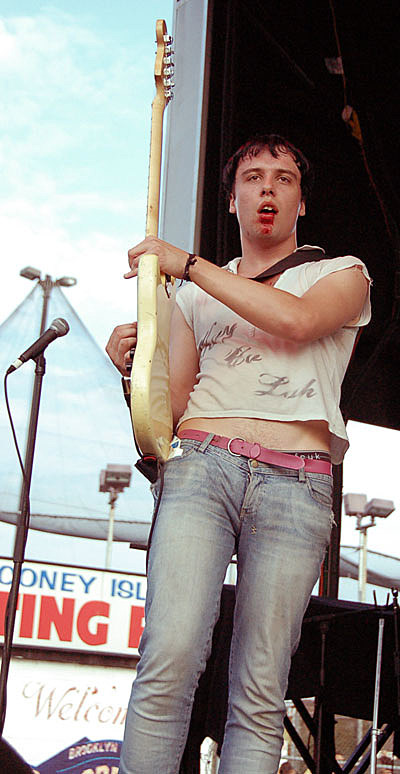 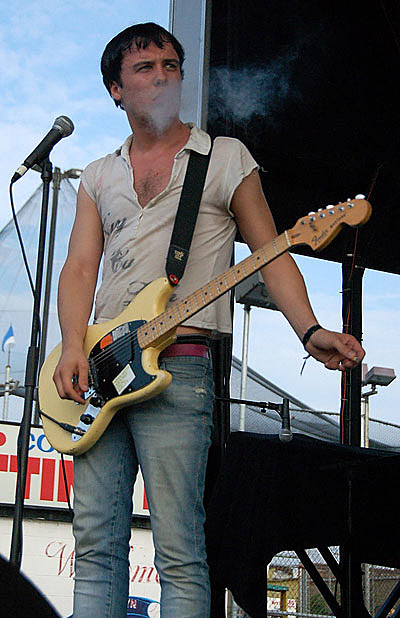 I only actually saw the last two songs the Cribs played because they were on at the same time as the Stills. I didn't realize their singer (Ryan) was such a nut. For one more pic of him, check out my first Siren post.

"The Cribs were on next and this trio from Wakefield England totally rocked with their guitar punk rock. The drummer at times would jump on his set playing standing up and I found their songs to be quite catchy. Mid-way through the set Ryan cut his chin and started to bleed but continued to sing, drink and smoke as the blood dripped down his chin. During the final song he chugged a beer and rocked out." [TTOTE]