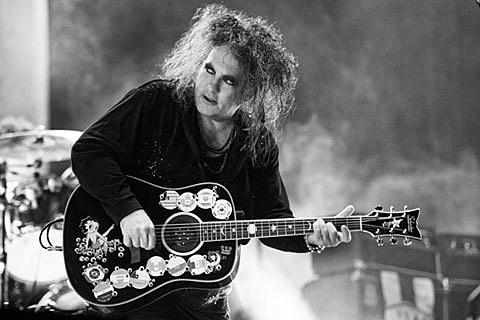 After announcing shows in NYC, LA and Chicago, The Cure have now released most of the details for their 2016 North American tour. From their website:

"THE CURE TOUR 2016" will present Robert Smith (voice/guitar), Simon Gallup (bass), Jason Cooper (drums), Roger O'Donnell (keys) and Reeves Gabrels (guitar) as they explore 37 years of Cure songs, mixing hits, rarities, favourites and as yet unreleased tracks in a brand new stage production that promises to be the 'must see' show of the year!'

All dates are with The Twilight Sad. The 6/18 and 6/19 shows at NYC's Madison Square Garden are sold out, but you can still get tickets to the 6/20 MSG show.

There are still venue details TBA in some cities, and a promised Seattle show has yet to be announced but otherwise all dates are listed below...