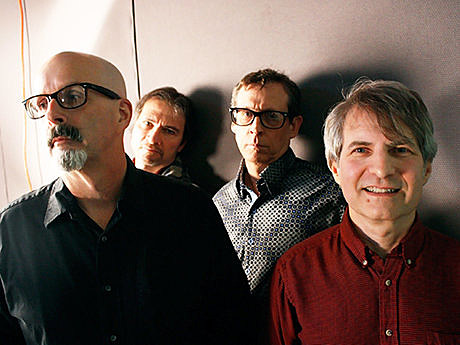 Like their Hoboken neighbors The Feelies, The dB's tend to be homebodies, not touring much -- even with a new album out, their first in 25 years. (Their last show was a record release party last month at Le Poisson Rouge.) But they do play locally, which is great for those of us in the NYC area. The dB's next show is at Maxwell's on Saturday, September 1 and tickets for that show are on sale now.

The only other dB's show listed at the moment is September 6 at the Hopscotch Music Festival in Raleigh, NC (which is also a hometown show for singer Chris Starney). A few recent live performance videos, which you can watch below, find the band in fine form.

Also below is video from The AV Club's "Undercover" series of The Spinto Band covering dB's singer Chris Stamey's 1977 single "The Summer Sun" on a Chicago rooftop.