"the Dead C are a New Zealand based noise rock trio made up of members Bruce Russell, Michael Morley and Robbie Yeats." [Wikipedia] 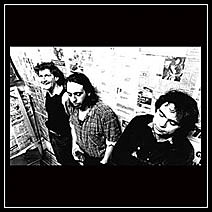 ...The Dead C have announced a brief Stateside visit, kicking off in Philly on the 12th and wrapping just a few days later in the Chi. All kinds of noiseniks and other weirdos are coming out of the woodwork to support the Dead C on this trek, including Thurston Moore's Northampton Wools project, Wolf Eyes, Six Organs of Admittance, and Sightings.

So what's the occasion for this rare overseas voyage? Why, a new Dead C record, naturally. Secret Earth packs in four presumably long tracks and arrives October 14 on CD and vinyl thanks to Ba Da Bing.

But that's not all! Ba Da Bing is also teaming with Jagjaguwar to reissue on vinyl a pair of Dead C classics originally released by New Zealand's legendary Flying Nun label (the Clean, the Chills, the Bats, the Verlaines, etc). [Pitchfork]

NYC are the lucky ones with Thurston Moore on the bill and those tickets are on sale. All dates and a live video below... 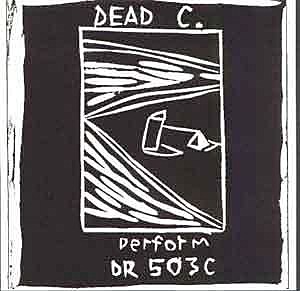 "Without the Dead C. the face and sound of modern noise and experimental music would be unfathomably different." [Dusted]