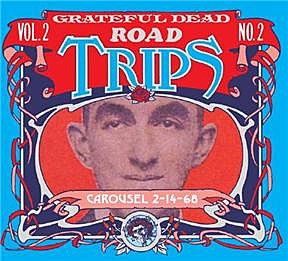 As their first tour in five years gets set to launch April 12 in North Carolina, the DEAD have confirmed an appearance Thursday, April 23 on "Late Show with David Letterman" when the tour makes its way through New York City with a sold-out April 25 Madison Square Garden performance.

Prior to the tour, on Monday, March 30, founding group members Bob Weir and Phil Lesh-along with touring guitarist Warren Haynes-will be interviewed on "The View" and perform acoustically.

In other tour news, the DEAD have confirmed a partnership with www.charityfolks.com, whereby a limited number of excellent tickets are being auctioned off with net proceeds benefiting DEAD-related charities. Beyond good seats for good causes, fans will also have the chance to bid on rare, signed memorabilia from the group's personal archives, including limited-edition show posters. To avert scalping, all auction winners will have to pick up their tickets in-person on the day of the concert.

More intesting is that rumors are spreading fast that The Dead will be playing a series of free, but ticketed secret shows in NYC this week. Someone just commented, "The Dead Play 3 free shows NYC, Monday 3-30, Arm bands available by texting dead to 50505." The Dead's official MySpace blog confirms that the 50505 thing is at least associated with them, and by the time that comment was made I had already heard that something similar might be happening. All tour dates below...