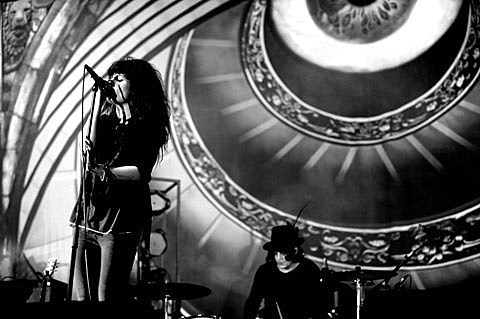 As discussed, The Dead Weather -- whose lineup includes Jack White, Alison Mosshart (The Kills), Dean Fertita (Queens of the Stone Age), and Jack Lawrence (The Raconteurs) -- are planning a new album, and they've just released the first single from that album, "Open Up (That's Enough)." The song will be backed by "Rough Detective" for the series of singles being released leading up to the album's release (due out in 2015). The 7" is available via Third Man's subscription series and it will be out digitally on January 14.

Queens of the Stone Age and The Kills (who both have members in The Dead Weather) just played Barclays Center on Saturday (12/14).