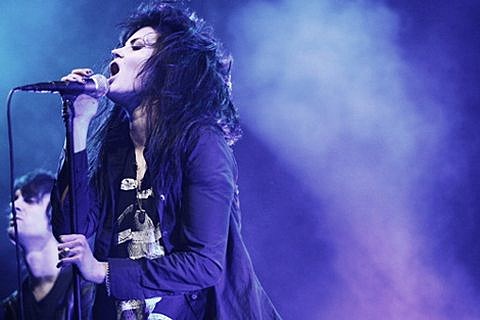 The Dead Weather have a new album, Sea of Cowards, coming out May 11th on Third Man Records/Warner Bros. As a preview of the record, the band will play it straight through at the Third Man building in Nashville on Monday, May 3rd, at 6pm (today), a set that'll be streaming on Myspace. The record is also streaming at NPR.

The band just played the New Orleans Jazz & Heritage Festival on May 2nd. Here's a review of their set:

White Stripes honcho Jack White led his latest alt-rock ensemble, the Dead Weather, in a compact but potent romp through moody and scarifying guitar-centric songs, mostly from the Horehound album. Alison Mosshart's vocals and flailing theatrics competed for attention with White's no-holds-barred guitar attacks and usually lost. Until the final song, that is: "Will There Be Enough Water?," delivered during a steady drizzle, found them both in peak form, playing with whisper-to-scream dynamics and flattening the audience. [USA Today]

...I wonder if the USA Today reviewer realizes that Jack White mainly plays drums in the band whose other upcoming shows include sets at Bonnaroo and Glastonbury. They'll also be playing a Celebrate Brooklyn show at Prospect Park on August 3rd (details forthcoming, but it will cost money). Update: full tour announced. All dates below.

Jack White's wife Karen Elson has her own outside summer show coming up. She plays with Band of Horses and Grizzly Bear at Waterfront on June 20th. Tickets are on sale for that.

Also on the horizon for Jack White: a possible White Stripes "reunion". What he's said about that, all tour dates, album art, tracklist and the video for the album's first single are below...

THE WHITE STRIPES are on the verge of reuniting after bandmember MEG WHITE recovered from the anxiety problem that caused the group to split.

The band was forced to cancel a string of gigs in 2007 because of Meg's condition, forcing them into hiatus.

But he reveals he has been spending more and more time with Meg, and hints he's open to a reunion.

"She is still involved and everything."

But White admits the reunion could take a while - because they've never planned ahead. He adds, "We've never sat down and gone, 'Okay, so don't forget to block out three months.' We never did that, even in the thick of craziness of The White Stripes, I have nothing planned after this month coming up, but I know that it all will be filled up really fast. [Contact Music] 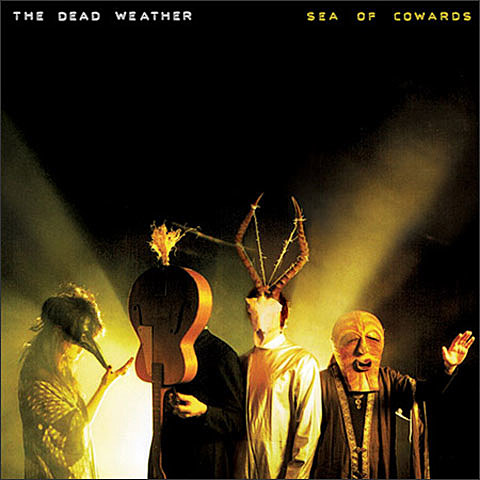 The Dead Weather - Die By The Drop (OFFICIAL VIDEO)