The Dears at M For Montreal Montreal (more by Alexandre Bédard) 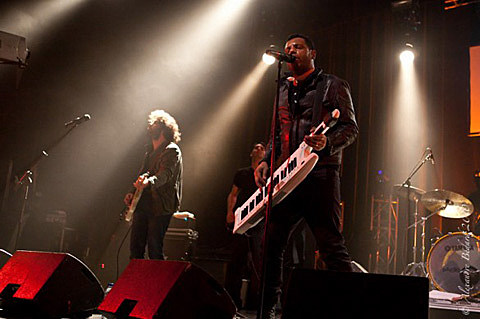 The Dears released their new LP Degeneration Street on 2/15, and are preparing to play multiple shows at SXSW in March and then heading to Europe in April. In between those dates, the Montreal band will swing by Brooklyn to play Music Hall of Williamsburg on 3/29. Tickets go on AmEx presale Wednesday, 2/23, at noon, and go on regular sale on Friday.

All tour dates and some recent video, including The Dears on Letterman on 2/11, below...

--
The history of The Dears

When you get M for Montreal, Poutine and Official Showcase in one sentence, it's usually pretty good news. Just sayin'...