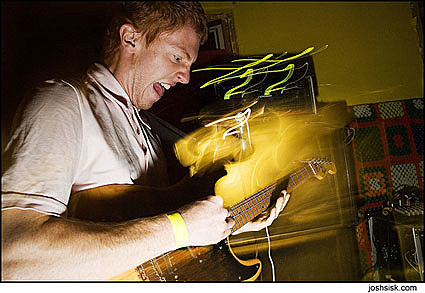 If Todd P shows aren't your thing, but you want a taste of the Baltimore-via-Australia band TheDeathSet, then this Friday (July 27) is not only your chance to see them, but to see them for free at South Street Seaport with the legendary 'art-rock, synth-pop' band Suicide. In August TheDeathSet will play a bunch more shows including a few in Brooklyn and NJ, and then in October they're going on tour with Bonde Do Role.

Stream TheDeathSet's new CD "Rad Warehouses Bad Neighborhoods" right here. It includes remixes by Dan Deacon and Bonde Do Role. You can also download the Bonde Do Role remix as an 'aiff' file at their site. All tour dates below...