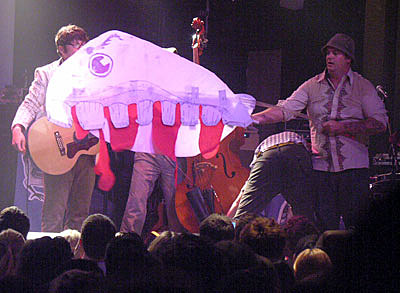 The Decemberists played Webster Hall in NYC last night (Oct 5, 2005). It was their second night in a row at the same venue, and the third time they played Webster Hall since the club started having "Bowery Presents" indie rock shows around a year ago. 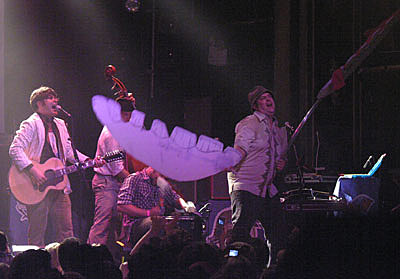 They've upgraded the Mariner's Revenge whale act where the crowd screams as they're swallowed by the whale. 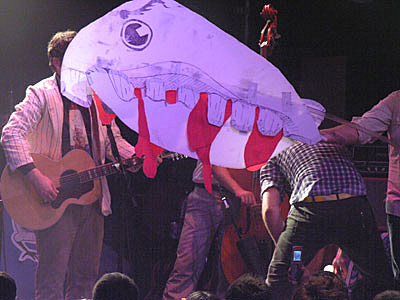 Other Highlights
* They played a cover of E.L.O.'s Mr. Blue Sky
* They closed with I Was Meant For The Stage
* I heard that Colin crowd surfed the first night
* I heard they got the whole crowd to sit (like they did at Warsaw) the first night 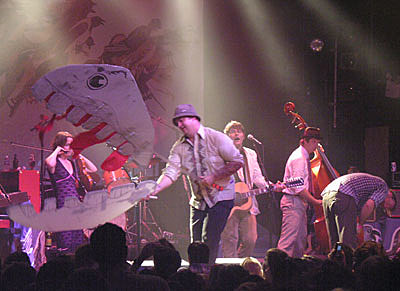