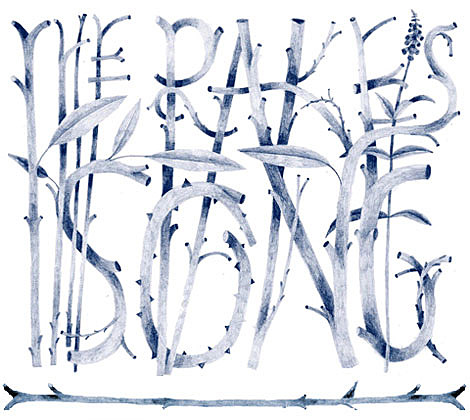 On March 24th, Capitol Records will release The Decemberists' The Hazards Of Love, the follow-up to the group's 2006 breakthrough, The Crane Wife, which NPR listeners voted their favorite album of the year. With their fifth full-length album, the Portland-based quintet of Colin Meloy, Chris Funk, Jenny Conlee, Nate Query and John Moen solidifies its standing as one of the most innovative creative forces in music today. In an age when singles rule and the death of the album has been pronounced by many, The Decemberists - who will be featured in a live session on NPR's "World Café" today - have fashioned an anomaly: a record that demands to be listened to from start to finish and reveals more with each subsequent play. The 17-song suite, recorded with the band's longtime producer, Tucker Martine, is rooted in ancient language and imagery, yet entirely modern and accessible.

Eager to share a bit of the new music with fans before street date, The Decemberists are making "The Rake's Song" available as a free download beginning today at www.decemberists.com.

The album began when Meloy - long fascinated by the British folk revival of the 1960s - found a copy of revered vocalist Anne Briggs's 1966 EP, titled The Hazards of Love. Since there was actually no song with the album's title, he set out to write one. Soon he was immersed in something much larger than just a new composition.

The Hazards Of Love tells the tale of a woman named Margaret who is ravaged by a shape-shifting animal; her lover, William; a forest queen; and a cold-blooded, lascivious rake, who recounts with spine-tingling ease how he came "to be living so easy and free" in the aforementioned "The Rake's Song." Lavender Diamond's Becky Stark and My Brightest Diamond's Shara Worden deliver the lead vocals for the female characters, while My Morning Jacket's Jim James, Robyn Hitchcock and the Spinanes' Rebecca Gates appear in supporting roles. The range of sounds reflects the characters' arcs, from the accordion's singsong lilt in "Isn't it a Lovely Night?" to the heavy metal thunder of "The Queen's Rebuke/The Crossing."

"There's an odd bond between the music of the British folk revival and classic metal," says Meloy. "A natural connection between, like, Fairport Convention and Black Sabbath - of course, Sandy Denny from Fairport even sang with Led Zeppelin on 'The Battle of Evermore.' I think there's a shared sense of narrative and ambience, of moving beyond the first person in your writing. And I thought it would be interesting to mess around with that."

The Decemberists will tour this spring, playing The Hazards Of Love straight through for the show's first half and older material for the remainder. Ambitious, yes - but this is a band that doesn't shy away from major stage productions, having performed The Crane Wife with full orchestral accompaniment on several 2007 dates, including a stop at the historic Hollywood Bowl with the Los Angeles Philharmonic. Upcoming tour dates will be announced shortly.

The Decemberists also have another new song on the Dark Was the Night comp, as does My Brightest Diamond who recently played a show at (le) poisson rouge.

Stay tuned for those tour dates (Terminal 5 again probably?). The track listing for The Hazards Of Love is below...