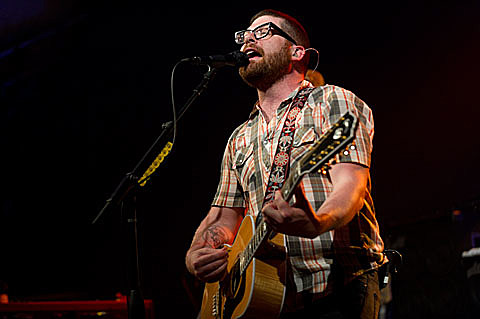 When the Boston Calling lineup was announced, there was still one more band TBA for day 2 (Saturday, May 24). It's now been revealed that said band is The Decemberists, who haven't played a show since 2011 (but whose members have remained active). They'll be joined on the second day of the fest by Death Cab for Cutie, Jenny Lewis, Warpaint and more. Other bands playing the fest include Modest Mouse, Brand New, Kurt Vile, Built to Spill, Phosphorescent, Cass McCombs and more. Tickets, including single day tickets and 3-day pass options, are still available.

The only other live appearances The Decemberists have scheduled at the moment are two "V for Victory" benefit concerts for Victory Academy in their hometown of Portland on May 29 & 30. At those shows, they'll be performing their debut album, Castaways and Cutouts, in its entirety. 5/30 is sold out but you can still get tickets to the 5/29 show.

Decemberists/Boston Calling flyer and a video below... 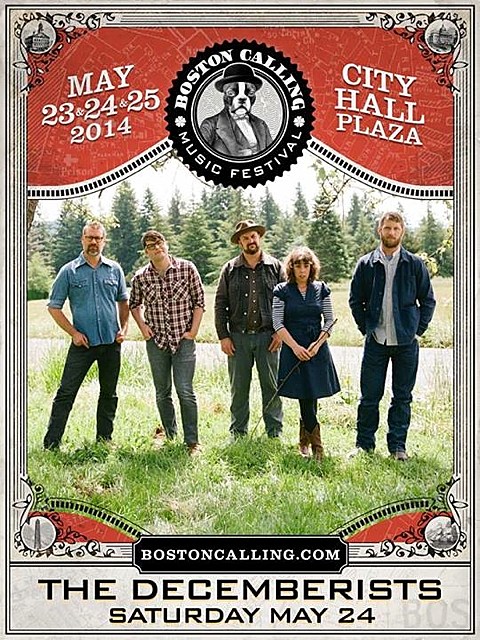