Colin busking in Williamsburg on Friday (via @blackbrancher) 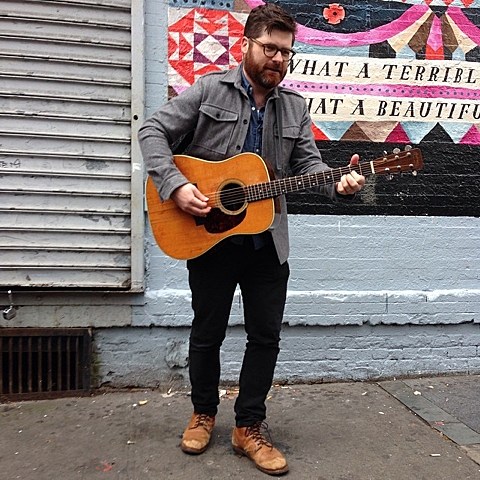 This past Friday (10/24), Decemberists frontman Colin Meloy busked in Williamsburg at Bedford and N. 7th, and used the opportunity to announce the band's new album, What A Terrible World, What A Beautiful World. Colin played in front of a mural of the album artwork and performed new songs "Make Me Better" and "Lake Song," as well as older Decemberists songs and covers of Jackson C. Frank and Morrissey. 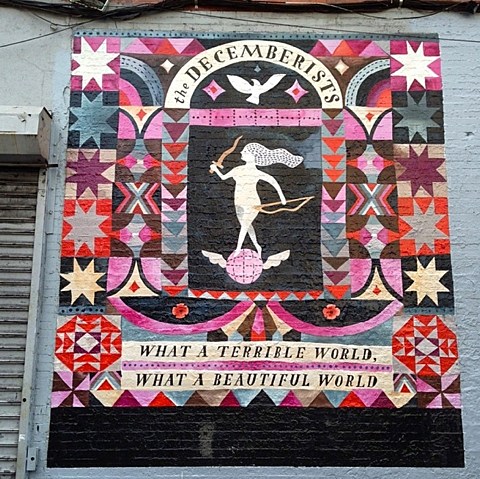 Colin Meloy - "Don't Carry It All"